A Grade I Listed Building in Compton Bassett, Wiltshire 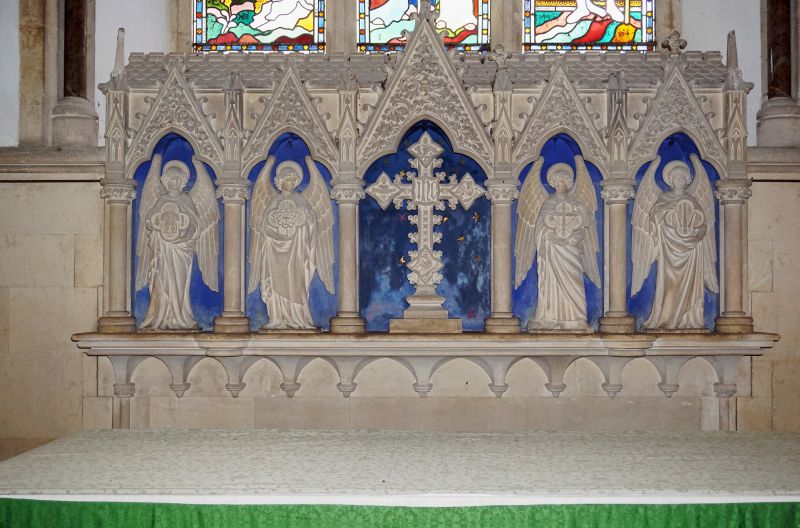 Inside, panelled stone roof sloping down to stone screen, arch with three ogee over-lights and three ogee-headed single lights each side. Spiky painted iron gates of 1865. Door to rood stair. Aisles have lean-to roofs, plastered to north, C15 timbers to south. Chancel has unusually sharply pointed three-bay arcades each side on round piers. Third arch on north has vestry door with good lettering over. Sanctuary windows are marble shafted. Five-bay stone reredos with gabled niches, cross to centre and angels with emblems of the Passion each side. South side pointed arched recessed seat.