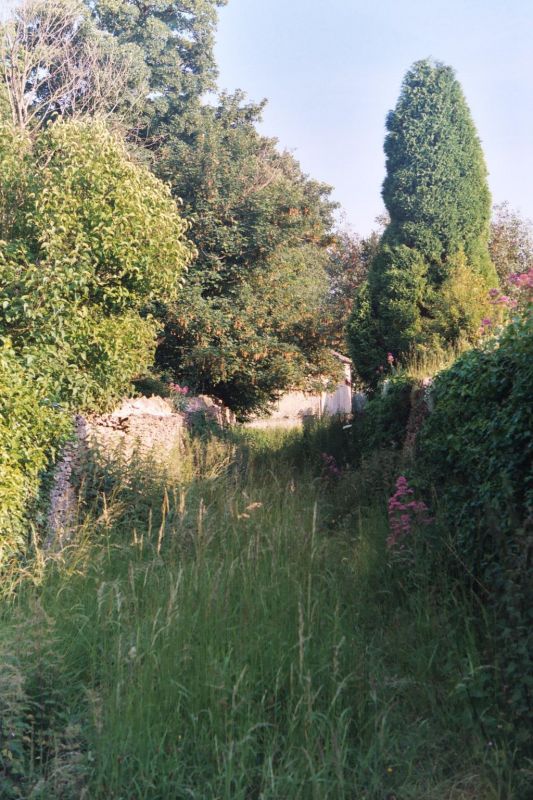 Baptist Chapel, c1720, rubble stone with ashlar dressings and
hipped Bridgwater tile roof. Rectangular plan with flush
segmental-headed windows, 2 tall cross-windows to west side with
dripcourse over, four smaller cross-windows to ground floor of east
side, dripcourse above and four 2-light upper windows. South end
segmental-headed doorway with keystone and short moulded cornice
over. A south east cornerstone has scratched 1722 and possibly
1705 dates. Elevations appear to reflect a gallery on east and
pulpit central on west wall but interior now has galleries at north
and south ends, that to south probably C18, on two turned posts,
has fielded panelled front, that to north, possibly C19, is over a
glazed-fronted vestry. Original octagonal timber pulpit with
fielded panels and turned balusters is reset in front of vestry.
At rear south east corner three C18 oak box pews, the rest of the
pews are mid C19 deal. Licensed 11.1.1721. The chapel was
promoted and supported by the Houlton family of the Manor House.
(J.E. Jackson, A History of the Parish of Grittleton, 1843, 21)