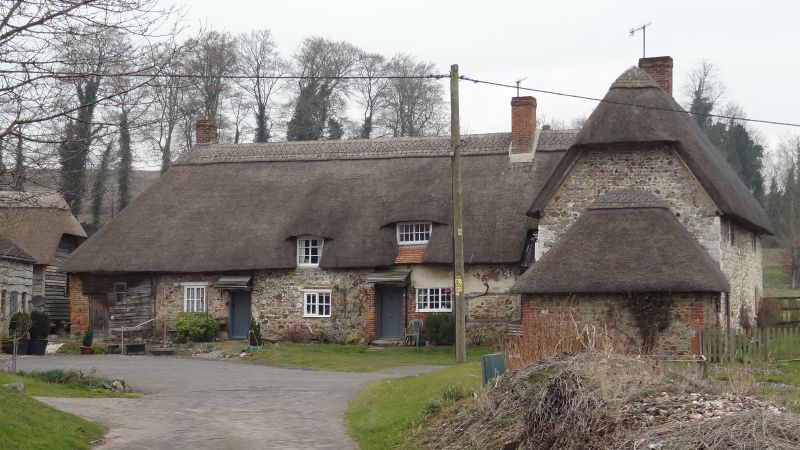 3 cottages, C17 possibly incorporating earlier work. Sarsen rubble with brick quoins to openings, thatched roof. No. 22, 2-storey 2 bays at right angles to the other two. Nos 24 and 26 1-storey and attic, 3 bays with narrow link section joining No. 22, and left lean-to. All cottages with boarded doors and glazed panel, and 2- and 3-light paned and leaded windows. No. 24 has a brick faced bay, and tie beam carrying wallplate suggesting cruck construction. Interior not inspected.