A Grade I Listed Building in Ramsbury, Wiltshire 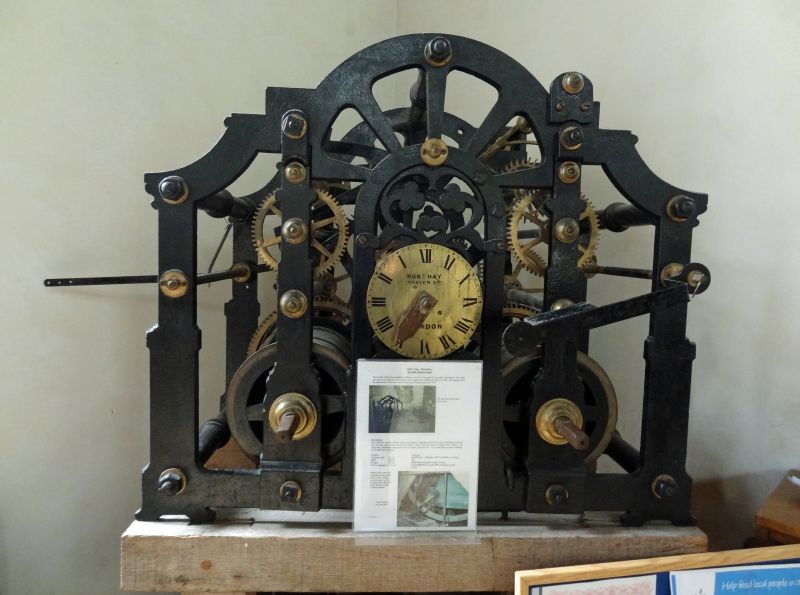 RAMSBURY
HIGH STREET (north side)
Church of the Holy Cross

Monuments: Chancel: Fine Purbeck wall chest tomb of C15, with four panel bays, with solid canopy having nine-foil arches and swirling fan vaulted soffite, supported by network columns, solid to east. Monument to Sir WILLIAM JONES, attorney-general to Charles II, 1682. Marble chest with cartouche and inscription. Sir WILLIAM, periwigged, half reclines on chest, holding scroll. Behind a sarcophagus with gadrooned black marble top and square crest with book over skull. Painted shield and urn finial. WILLIAM JONES, 1775, by L.F. Moore of London, black, white and red marbles. Tablet and above, on wide black obelisk, a bust with medallion and drapes held aside by putti. Above a sarcophagus and crowning pediment.

West end of north aisle: Group of important Saxon and later fragments set on base; Cross shaft, C9, limestone, three blocks from two crosses, interlace to two sides. Biting beast on two sides of base and inhabited scroll. Parts of two C9 tomb slabs, one with chain interlace, second with interlace and cross bifurcating with recurring beast terminals. Fragment of third slab with relief cross in Ringerike style, and small fragment, probably a cross shaft, chain interlace with blank back. Also C13 cross slab with stepped elaborate cross and part of a second, with diverse other medieval fragments and terracotta pieces. Some encaustic tiles of C14-C15.