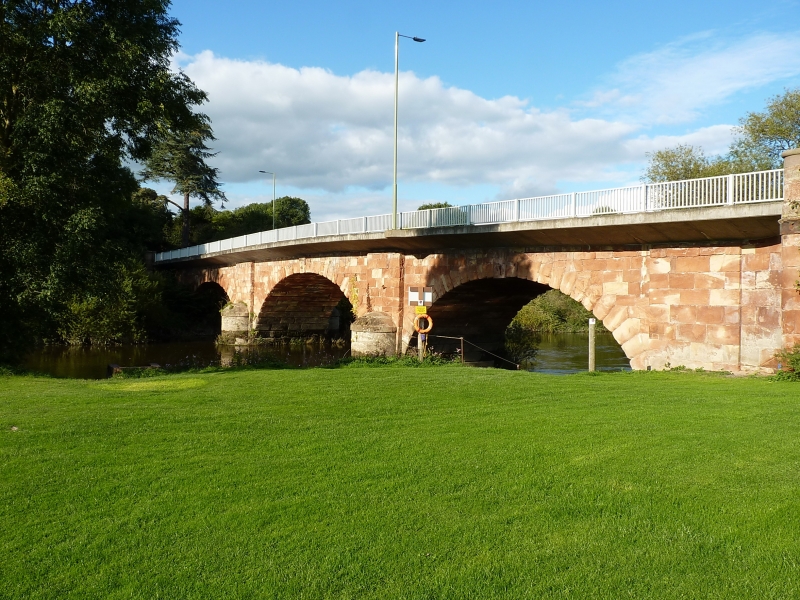 This was Telford's first bridge built when he was County Surveyor of Bridges for Shropshire. Telford's estimate was for £5,800. The stone was provided by John Lowden and John Brown from Lord Bradford's quarry at Nesscliffe. Mathew Davidson of Langholm was employed to superintend the work, John Simpson of Shrewsbury was employed as mason, and the contract for building the bridge was awarded to John Carline and John Tilley of Shrewsbury. In the years after 1817 Telford was the engineer for the Holyhead Road improvements.

This entry was subject to a Minor Amendment on 23 March 2017.