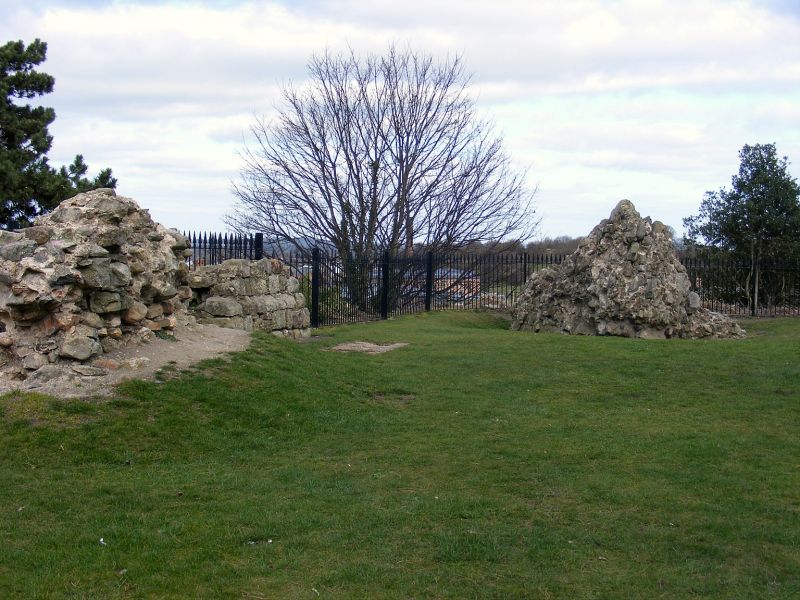 Castle, remains of. C13 masonry on late Cll motte, landscaped late
C19. Uncoursed limestone and conglomerate rubble. Only fragments of
medieval structure survive: 2 substantial pieces of collapsed masonry
(probably from former shell keep) on top of levelled motte and the
possible remains of a reconstructed bastion on east side; revetment wall
around the base of the motte probably late C19 but re-using medieval
masonry, incorporates 2 gate piers removed from former Beatrice Gate;
regularly coursed sandstone with round-headed niches, moulded capping
with fluted bands, right-hand interruped by inscription "TOLL THOROUGH".
The motte was raised soon after the Conquest by Alan Fitz Flaald and
the castle was the scene of a parliament held by Richard II in 1398: it
was repaired by the Royalists in 1643 but was slighted by the Parliamentarian
forces in the following year. Beatrice Gate, a gate in the former town
walls, was removed c. 1782. Scheduled Ancient Monument, County No. 203.