A Grade II Listed Building in Much Wenlock, Shropshire 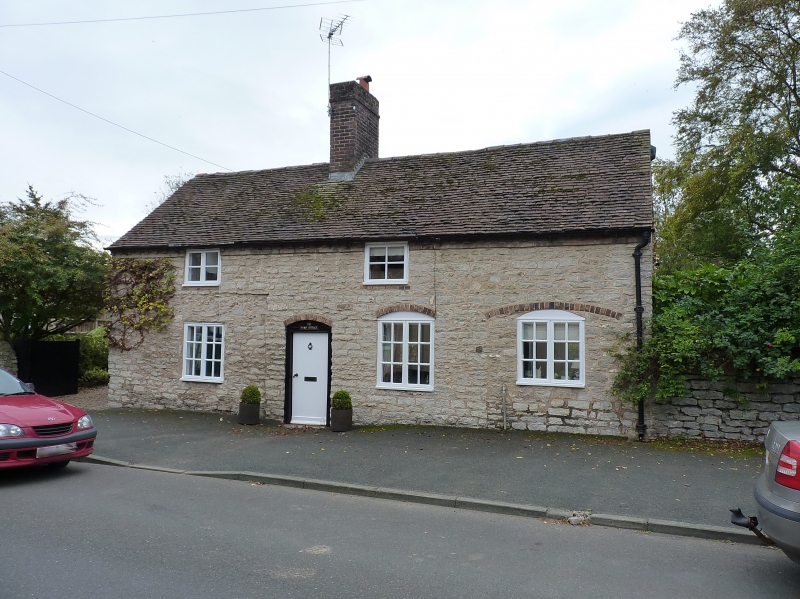 Church of England Parish: Much Wenlock with Bourton

Find accommodation in
Much Wenlock

House. Late C17 or early C18, clad in C18 with eaves raised in later C18 or early
C19. Timber - framed and clad in random rubble; horizontal break in stone to
left of front showing where eaves raised - not obvious to right. Stone slab
roof with large brick ridge stack to left of centre. Baffle entry plan aligned
North - West / South - East, facing East. 2 storeys; irregular fenestration
with two window first-floor and three window ground-floor, wooden casements
of varying dates. Wide segmental brick arch to right of front, partially blocked
by right-hand ground-floor window, partially in red brick. This arch may signify
either the position of a shop window or of a carriage-entry, though this would
seem unlikely as the stone plinth appears to carry through below the former opening.
Boarded door between left and centre ground-floor windows. Interior: Interior
not inspected but noted as including ceiling beams and an inglenook fireplace.
Included for group value only.