A Grade I Listed Building in Shifnal, Shropshire 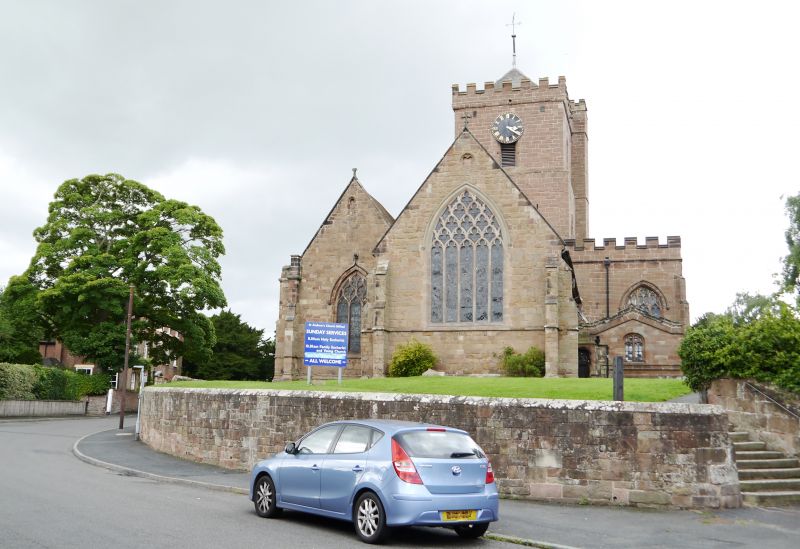 Parish Church. C12 and C13 with alterations in C14 and C15, and after
fire of 1591; restored 1876-9 by Sir George Gilbert Scott. Random
coursed sandstone, ashlar, and old tile roofs. Cruciform, with central
tower, 4-bay chancel with South chapel and vestry to North, and 4-bay
nave and aisles with South porch.