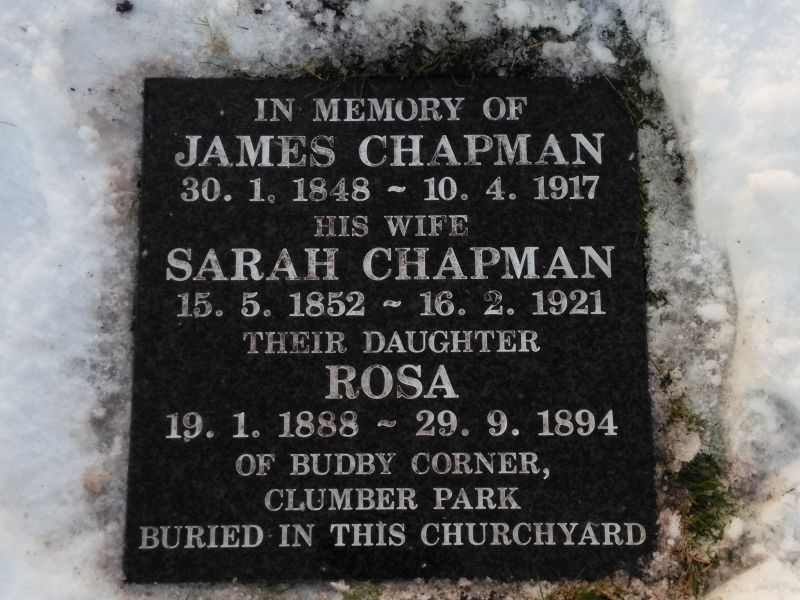 Parish church. C12, late C13, C17, C18, c.1887. Ashlar
dressings, render, lead roofs with moulded kneelers. Nave,
chancel, vestry, south porch, western bell turret. The nave west
wall has a late C13 2-light Y traceried window and above an C18
bellcote with triangular headed louvred openings to each face and
a low pitched lead roof. To the south west angle an C18 sundial
forms the uppermost qoin with faces to west and south. To nave
north wall is a restored 2 light Y traceried window. C19 vestry
with 4 centred arched door and windows. To east wall is a single
late C13 lancet with hood mould and human head label stops,
flanked by single narrow C12 lights. The two and a half bays of
the late C12 south nave arcade, now blocked, are visible
externally: 2 octagonal piers and one keeled respond at the east
end. The capitals are hollow chamfered and the more westerly has
hobnail decoration. The eastern respond capital has waterleaf
foliage. The rounded arches are single chamfered. C18 south
porch has a round headed outer opening and a pitched slate roof
with plain barge board. The C12 south doorway has a plain
chamfered opening with a hood mould and to the right a beast head
label stop. The south door itself is probably also C12, but
repaired. Inside, the cambered tie beam roof retains its moulded
C17 principals. In the north wall is a pointed headed niche.
C19 pointed headed doorway to vestry on north side of the
chancel. In the north and south walls are aumbries. Fittings
are C19 apart from C12 slightly tapering circular tub font.
Monuments: in the sanctuary floor an engraved armorial brass
plate to Sir John Mazine, d.1677, horsemaster to the 1st Duke of
Newcastle.