A Grade I Listed Building in Wellingborough, Northamptonshire 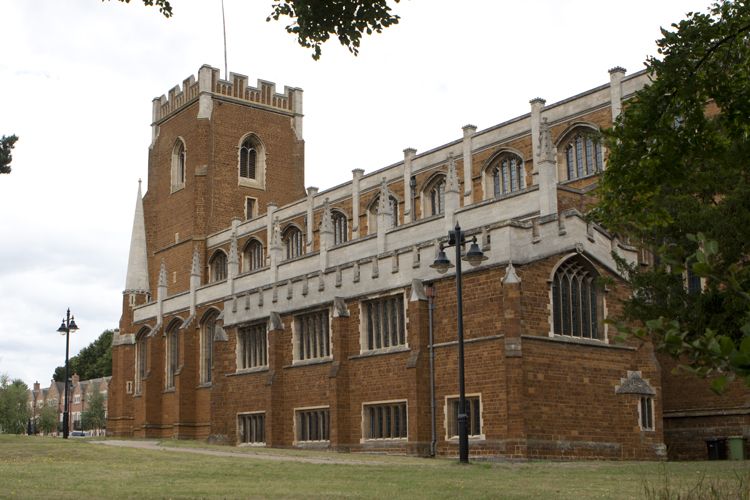 Interior: Eight-bay arcade of four-centred chamfered arches on tall octagonal piers with concave hollows. Two bays to east form part of the chancel and six bays to west, the nave. Similar three-bay arcade to north chapel and smaller, partially enclosed, three-bay arcade to south chapel. Triple chamfered tower arch. Fine pendant vaulted wood and plaster nave and chancel roof, those sections to the east and west ends and above the chancel screen are painted in blue and gold. Panelled north aisle roof is painted at the east end. Similar sloping south aisle roof has pointed section adjacent to chancel screen. North chapel roof is panelled, and has bosses and angels all painted.

Wrought iron and wood screens enclose the chancel arcade and the front of the chancel . The chancel screen is a triple outer arcade with corresponding pairs of inner arches in an early Renaissance style with Gothic decoration. Crucifix above is flanked by figures of St. Mary, St. John and angels with God the Father above. The screen has many painted and relief figures and is richly decorated in blue and gold. Gold fronted alter has baldacchino supported on four Corinthian columns with figures above, all decorated with gold.

Sir Ninian Comper was responsible for all the internal fittings and the financing of the work was largely due to the Misses Sharman of Wellingborough.