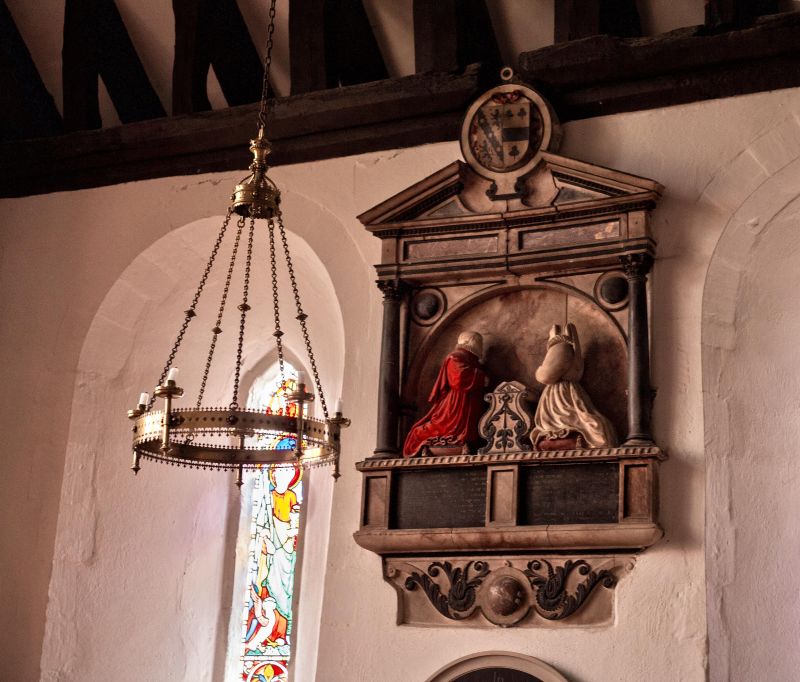 CAPEL C.P.
THE STREET (West Side)
Church of St. John the Baptist

Church. C13, rebuilt and restored in 1865 by H. Woodyer. Sandstone and Bargate stone blocks with ashlar dressings, Horsham slab roofs with wood-shingled bell-cote and broach spire above under iron finial. Aisled nave, that to north under catslide, with chancel to east, vestry to north, porches to south and west and bell-cote to west end. Arched two-light openings in each face of tower with scalloped ends to louvres. Diagonal offset buttresses on west end with sill moulding to base of end gable; C19 lancet in gable apex. Decorated style west window to north aisle, offset buttresses to north aisle north wall with one six and one five-light window, broach stops to mullions and quatrefoils over trefoil-head single light tracery.

Small gable to North end of vestry with a two-light, hood- moulded window and small door in buttress at junction with aisle. Further door to east of vestry in pentice roofed extension at right angles to chancel. Diagonal buttresses to east end with three-light and three cinquefoil roundels over in east window. Three C13 lancets in south side of chancel with diagonal chalk buttress at junction with nave. Three lancets to west of south porch, one lancet and one plate-tracery window east of porch. Gabled porch to west with 'clunch' surround to arched door, partly recut.