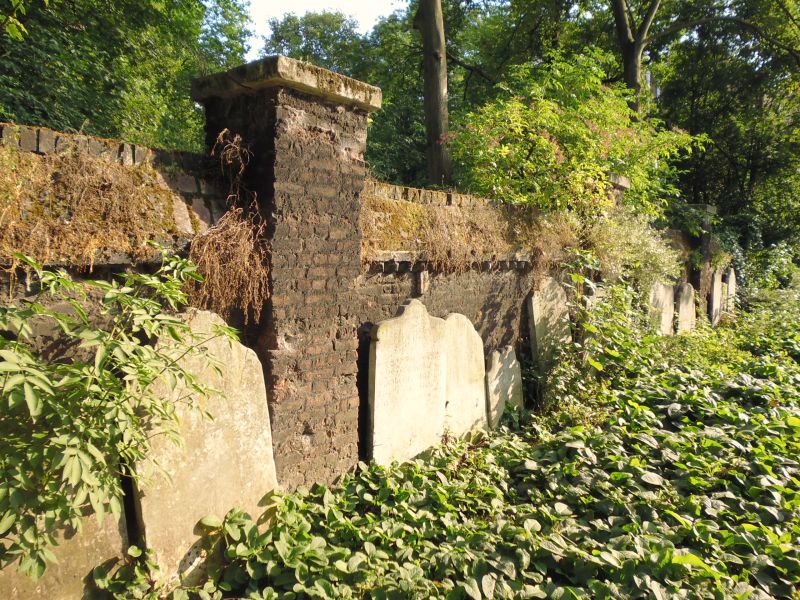 Graveyard wall. c1713, with some local repairs of later date. Red brick with stone coping to piers. Wrought-iron gates, c1884, to Heathcote Street, cast-iron railings to Wakefield Street, with wrought-iron railings at eastern end, c1884. Later brick infills between original piers along Henrietta Mews. Dividing wall between burial grounds of St George's, Bloomsbury, and St George the Martyr, Holborn, survives in western part of gardens. The south-west corner is now separated and used as a playground. The wall is lined with tomb stones formerly located within the burial ground.

The burial grounds were closed c1854. After a period of neglect they were reopened as public gardens in 1885 and 1889. The present garden layout was designed by William Holmes in 1881 (plan in Holborn Library). The gardens are listed grade II* on the English Heritage Register of Historic Parks and Gardens.