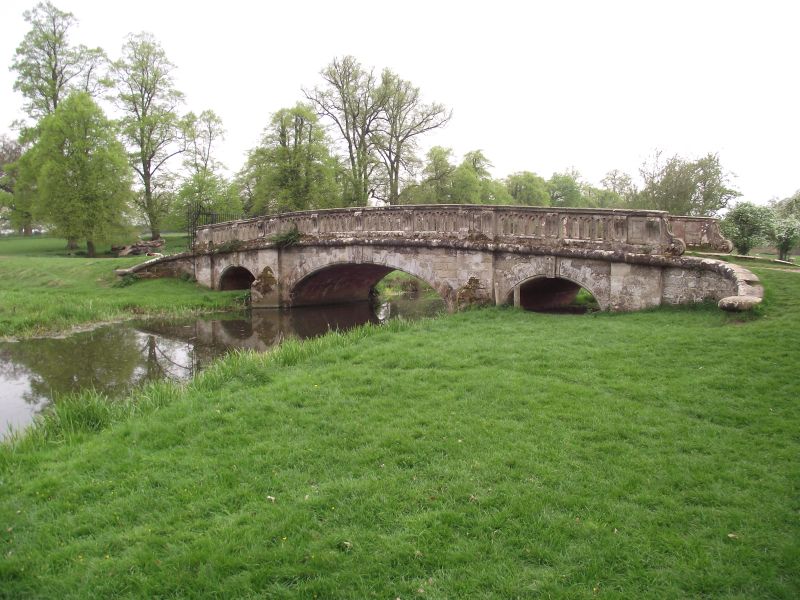 Bridge over River Dene. 1867. Ashlar and wrought-iron.
Segmental arch with fluted key flanked by similar flood
arches; roll-moulded cornice extends over abutments with curve
forward either side; parapets with intersecting arcading and
fluted console-piers, ending in scrolls. Wrought-iron gates to
south end of bridge.
Property of the National Trust.
(Charlecote Park leaflet on the deer park: 1993-).