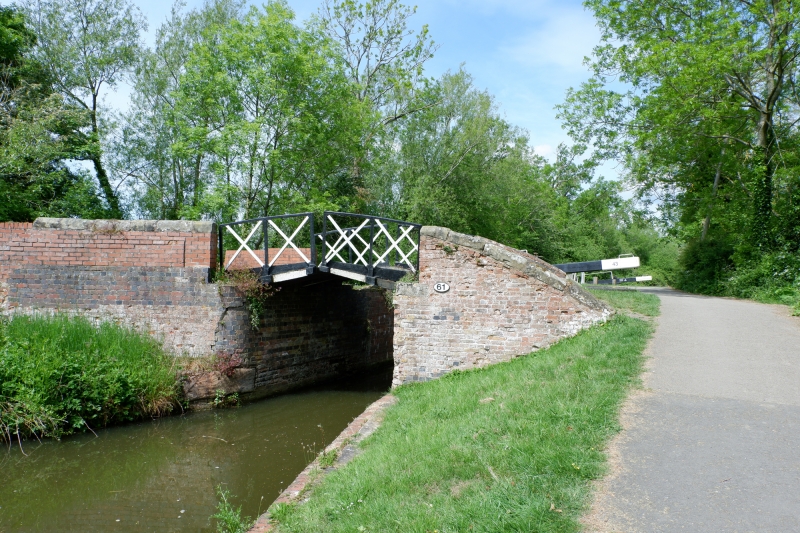 Canal bridge. c1814 with later restoration. Brick with stone
coping, and cast-iron. Brick abutments have parapets with
repairs of different dates, particularly those to south-west;
parapets to north-east slope down to ground level. Decking is
formed of 2 cantilevered halves with central gap to take tow
rope; integral handrails with X-framing.
The South Stratford Canal was constructed between 1812-1816,
and this bridge, half of which together with its adjacent lock
are situated in Aston Cantlow CP, are well preserved examples.
The other part of this bridge is listed in Aston Cantlow CP,
Stratford-on-Avon District.