A Grade I Listed Building in Cleobury Mortimer, Shropshire 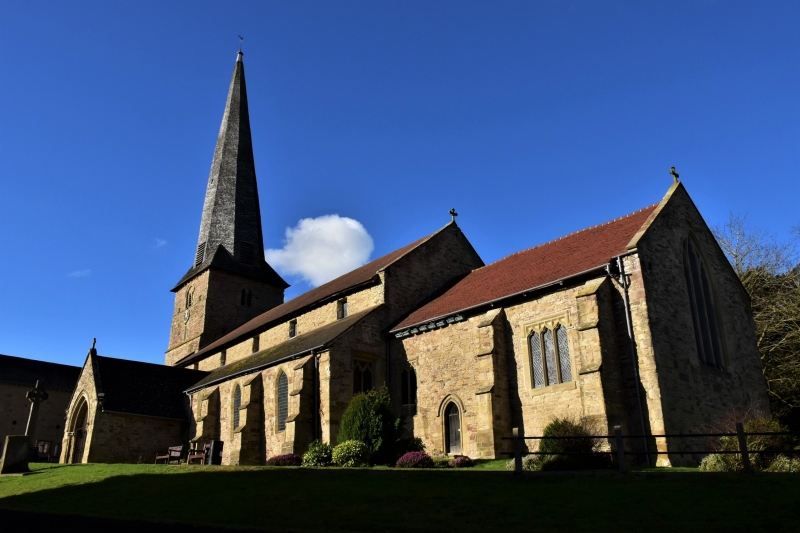 The church is renowned for the twisted spire which forms a
very distinctive local landmark and has become the main focus
in general references to the town.