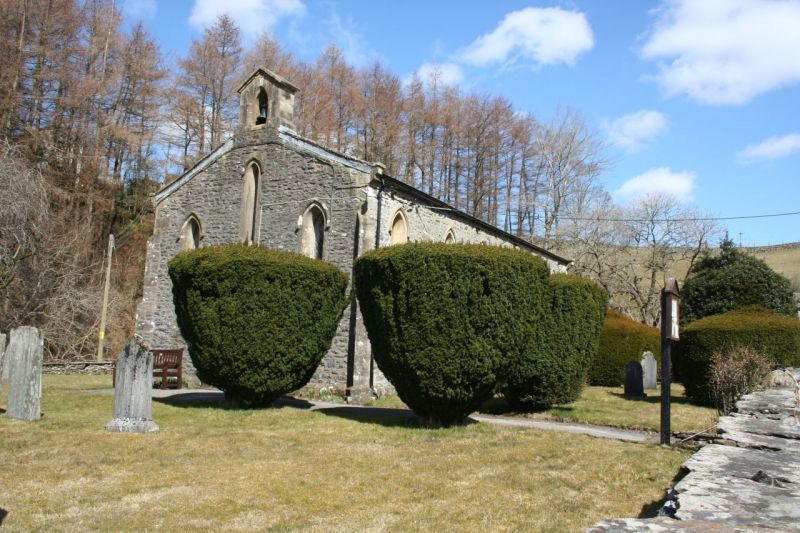 Church. 1838, by Edmund Sharpe. Mixed random rubble with
sandstone dressings and graduated slate roof. Small building
in simple Early English style. Nave with short chancel. The
gabled 3-window west front, symmetrical, with narrow diagonal
buttresses, has a 2-centred arched doorway with chamfered
surround, hoodmould and double doors, a lancet window each
side and another over the doorway, and gable bellcote. The
6-window north and south sides each have one buttress between
the 1st and 2nd windows, and tall lancet windows with
chamfered reveals, diamond leaded glazing and hoodmoulds. The
chancel, which is slightly lower, has one similar window in
each side and a stepped triple-lancet east window.
INTERIOR: west gallery over internal porch; box pews; panelled
font in Early English style.
Very picturesque site in valley beside beck.