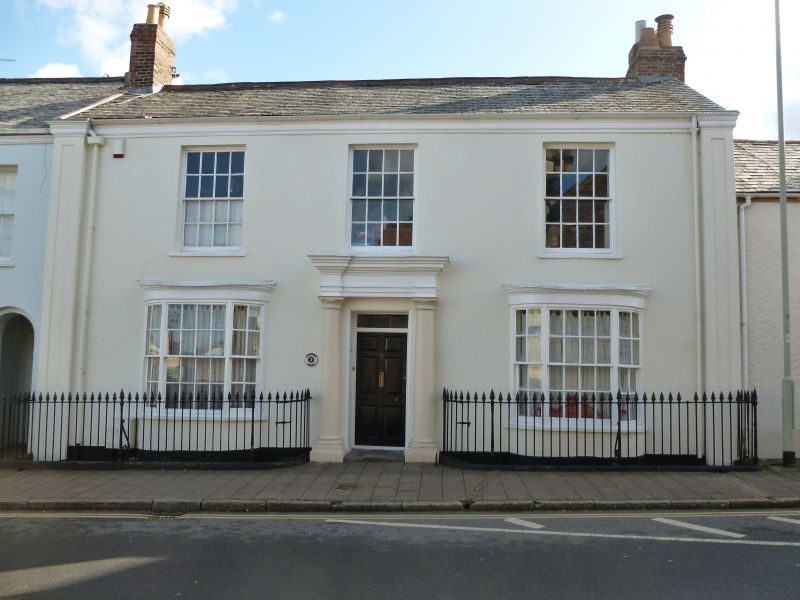 House. Early C19. Solid rendered front. Slated roof. Red brick
chimney on each side wall.
2 storeys. 3-window range. Centre doorway with attached Doric
columns and entablature; 6-panelled door with knocker;
panelled reveals. Patterned shoescraper in front of right-hand
column. At either side a bow window with flattened front; top
entablature; triple sashes, 8 over 8 panes in centre, 4 over 4
panes at sides. Upper-storey windows have 8-paned sashes.
Giant panelled pilaster at either end of front. Moulded board
below the eaves, breaking forward over the pilasters. INTERIOR
not inspected.
SUBSIDIARY FEATURES: area railings like those at Nos 1 & 2
(qv).