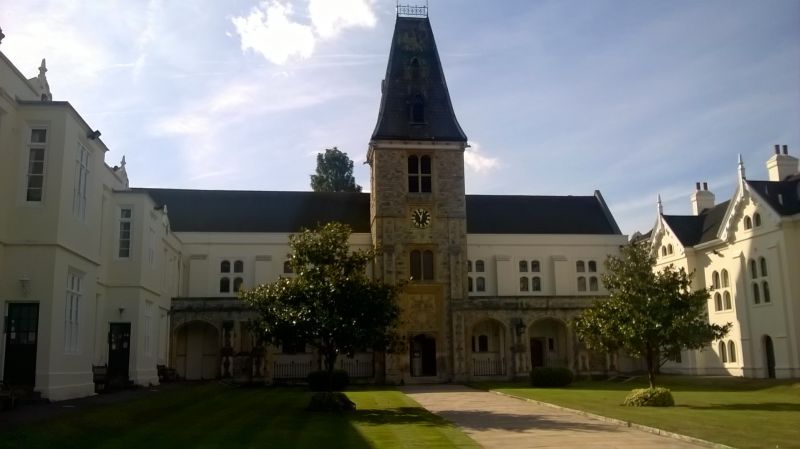 School range: courtyard elevation of seven bays has three slightly projecting gabled sections with buttresses and decorative barge-boards. Eaves cornice to pitched tiled roof. Round-arched openings with doorway in central bay. Windows have latticed leaded lights, those on ground floor single or paired, those above in groups of four. String above and below upper floor. Square, angle buttresses to north gable end.