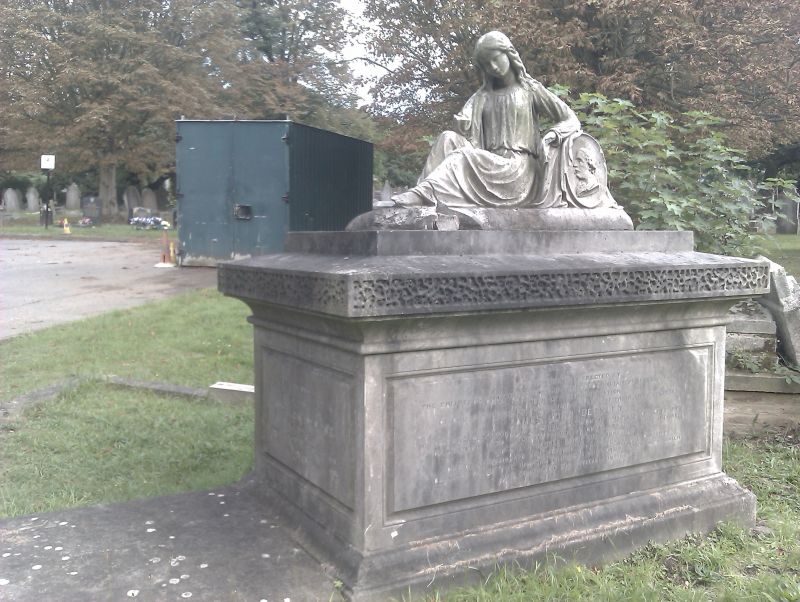 Chest tomb. c1865. Monument to James John Berkeley, civil
engineer (1819-62). Stone chest tomb with vermiculated top and
3 steps. Above is a statue of a reclining female with an oval
bust.
Inscription reads: "This monument is erected by the engineers
and contractors of the Great Indian Peninsular Railway in
token of their admiration of the distinguished professional
career of their chief engineer James John Berkeley whilst
engaged upon the extensive system of railways designed by him
in Western India which comprised the BHORE and THUL GHAT
inclines up the SYHADRER range of mountains and in an
affectionate remembrance of his high social qualities as well
as of the uniform kindness and consideration with which he
conducted his official duties".
James Berkeley, trained by Robert Stephenson, built the first
railway line in India. 3,000 was raised by public
subscription for this monument.