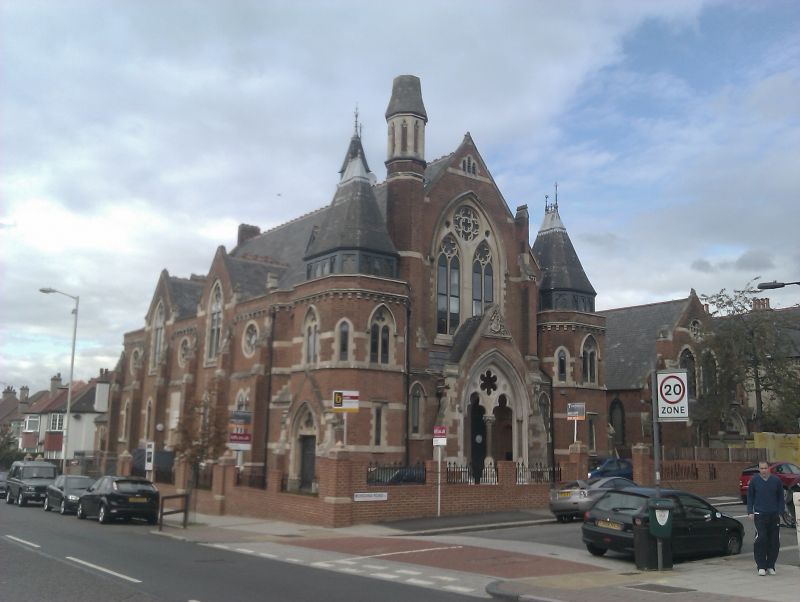 carried on cast-iron columns, originally intended for
galleries, never constructed; each arch consists of pointed,
timber-arched truss. Arched braces span the aisles. Tied
hammer beam truss to each nave bay with pointed, wood boarded
barrel vault.
FITTINGS: the chancel furnishings, organ, and baptistry at the
ritual east end are intact and noteworthy, as are the original
benches in the easternmost bays of the nave.
After 1960 the west end of nave given a drop ceiling and
enclosure which has not harmed the original architecture.
SUBSIDIARY FEATURES: attached low brick walls with piers at
regular intervals and cast-iron railings.