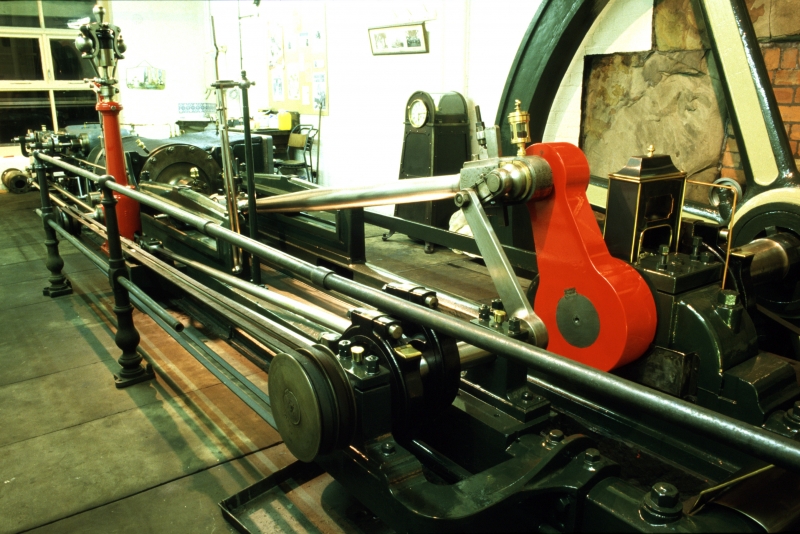 Textile mill complex. 1820, with alterations and additions 1883-95, alterations c1990. Built originally for WM Greenwood & Son Ltd, blanket and rug manufacturers. This complex consists of an entrance range, spinning mill with attached engine house, boiler house and chimney, plus single storey weaving sheds to north. Coursed rubble stone and ashlar with ashlar dressings and slate and stone slate roofs. Sykes Road entrance has 3 storey early C19 mill building probably used originally for hand spinning or weaving. 9 windows mostly replaced late C20 and a set of taking-in doors to each floor 2 windows from the right. Behind, restored entrance block has doorway and 2 windows. Set back to left early C19 entrance has central round headed archway flanked by single windows and doors, above a circular window flanked by single windows and in the central curved gable a small semi-circular window. Behind this range the engine house and boiler house plus the large round circular brick chimney stack. The engine house, which contains the original engine installed in 1883, is topped by an iron water tank. Mill building to south 15 windows 2 and 3 storey added 1883, to rear weaving sheds with north light saw-tooth roofs and surrounding blind stone wall. ENGINE. A single cylinder slide valve steam engine was installed in 1883, this was converted to a tandem compound cylinder in 1895. The engine has a 18" diameter high pressure cylinder and 24" diameter low pessure cylinder, 3' 6" stroke and 88 revs per second working speed developing 300hp directly linked to the mill line shafting which was disconnected c1965. The engine was restored by Chris Evans and Paul Akrigg 1985-87 and the restoration was awarded first prize in the National Steam Heritage Awards 1990.