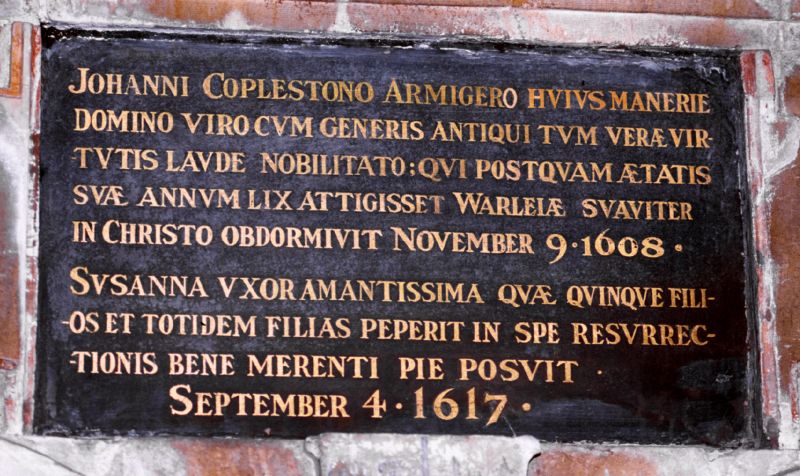 re-erected 1894 and with kneeling children below; alabaster
shrouded female statue monument, with flanking female seated
figures, to Susannah Calmady who died in 1617; monument to
Coplestone Bampfylde who died in 1669; some monuments to the
Radcliffes of Warleigh.
(The Buildings of England: Pevsner N: Devon: London: 1989-:
679 & 680; Bebbington PS: St Mary's Church, Tamerton Foliot:
Callington: 1981-).