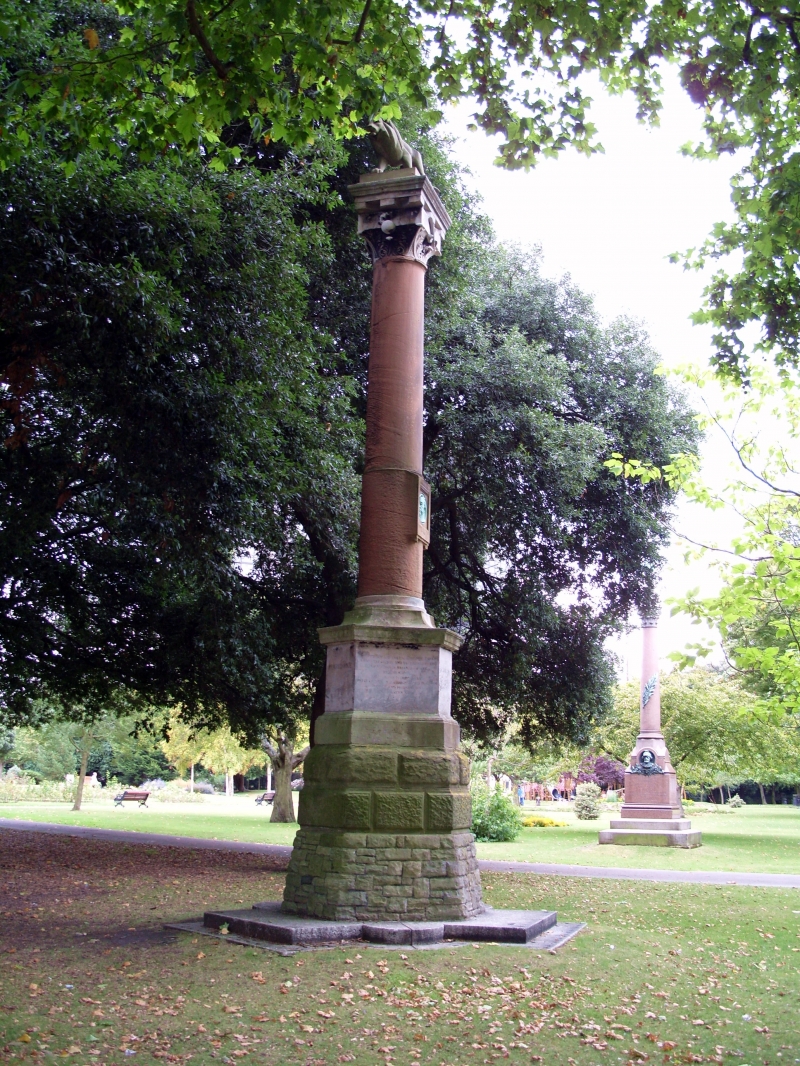 Monument. 1863. Stone. Sandstone column with Portland stone
Romanesque capital and finial surmounted by stone lion.
6-sided Portland stone pedestal, 3 sides concave set on
tapering rusticated sandstone base, uncoursed rubble lower
base on granite slab. Commemorates death of Admiral Napier
1860. Inscription reads: "The monument was erected by the
Petty Officers, Non-Commissioned Officers, Seamen and Marines
of Her Majesty's Navy 1863 - to commemorate the untiring
efforts of a gallant Officer and true hearted man (Charles
Napier c1786 - d1860) in advancing the welfare of the British
sailor." The monument was originally sited at the junction of
Commercial and Edinburgh Roads.
(Lloyd DW: Buildings of Portsmouth and its Environs:
Portsmouth: 1974-: 86; The Buildings of England: Pevsner N &
Lloyd DW: Hampshire: Harmondsworth: 1967-: 456; Berridge DW:
Monuments and Memorials in the City of Portsmouth: 1984-: 21).