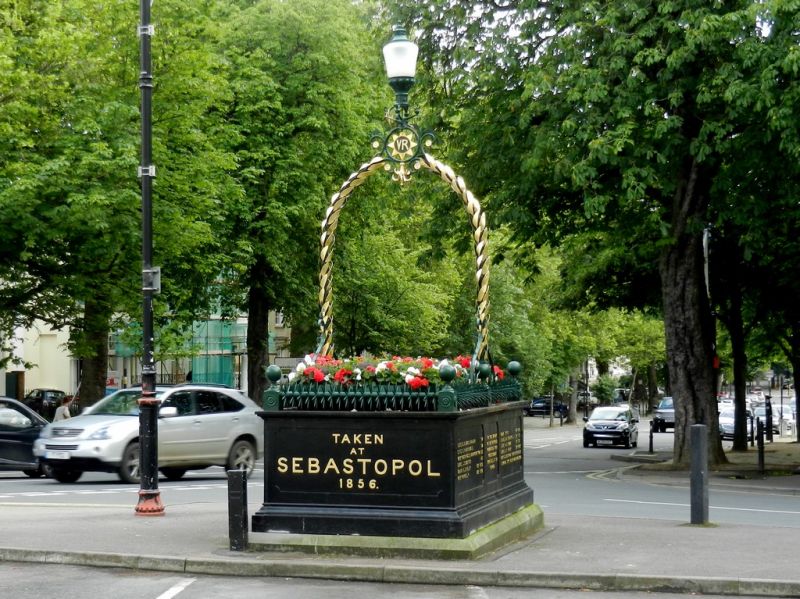 War memorial. 1850s. Large rectangular iron plinth with panels
for names. The east panel 'Taken at Sebastopol 1856' referring
to cannon which formerly stood on this plinth. Corner finials
connected by spiked bars, long overthrow with 'VR' monogram
and laurel leaves twined around arch and surmounting lamp. A
very rare and notable monument to the Crimean War.
HISTORICAL NOTE: the cannon, taken at Sebastopol, was handed
to the government during the Second World War to provide metal
for armaments. The Promenade was laid out as a tree-lined
drive from the Colonnade on the High Street to the Sherborne
Spa (on the site of the Queen's Hotel (qv)).