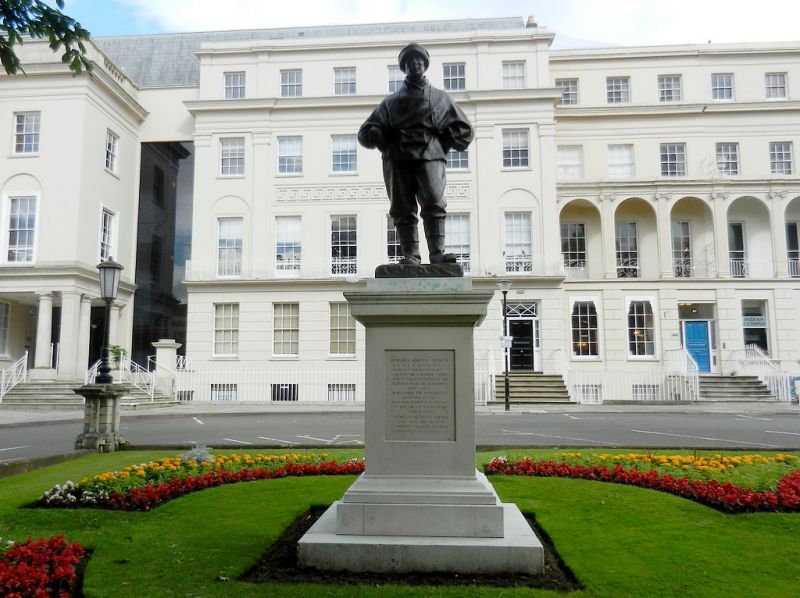 Statue. 1914. Bronze statue designed by Lady Scott (later Lady
Kennet), cast and stone provided by RL Boulton and Sons,
Cheltenham. Cost »300 raised by public subscription. Edward
Adrian Wilson was the medical and artistic member of Scott's
ill-fated South Pole expedition.
HISTORICAL NOTE: The Promenade was laid out in 1818 as a
tree-lined avenue connecting the Colonnade in High Street to
the Sherborne Spa (on the site of the Queen's Hotel (qv)).
(The Buildings of England: Verey D: Gloucestershire: The Vale
and The Forest of Dean: London: 1970-: 146).