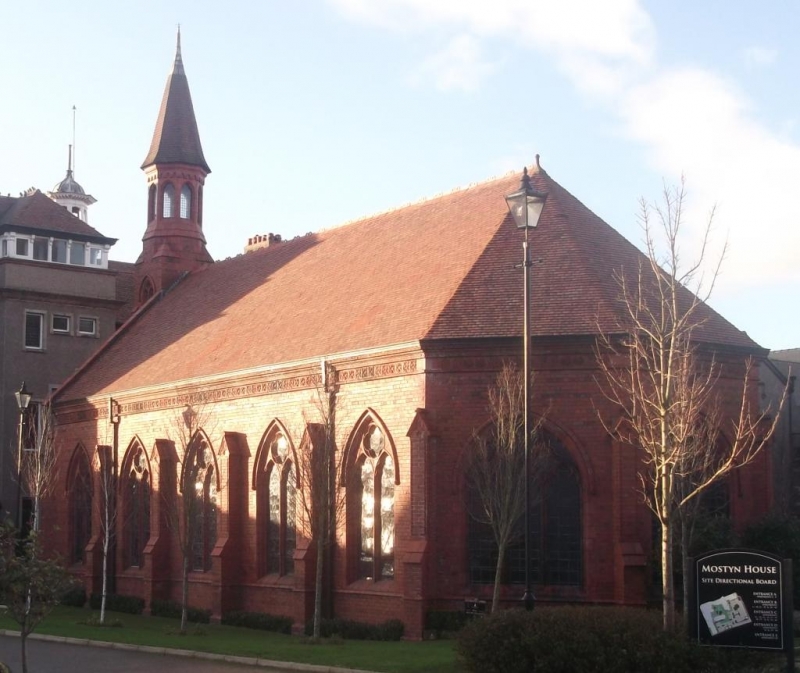 representing the Seven Virtues and based on a design by Sir J
Reynolds for New College, Oxford. From the west the second and
fourth north windows and all south windows have stained glass
by Robert Anning Bell dating from 1897 to 1921. West end
lancets are memorial windows.