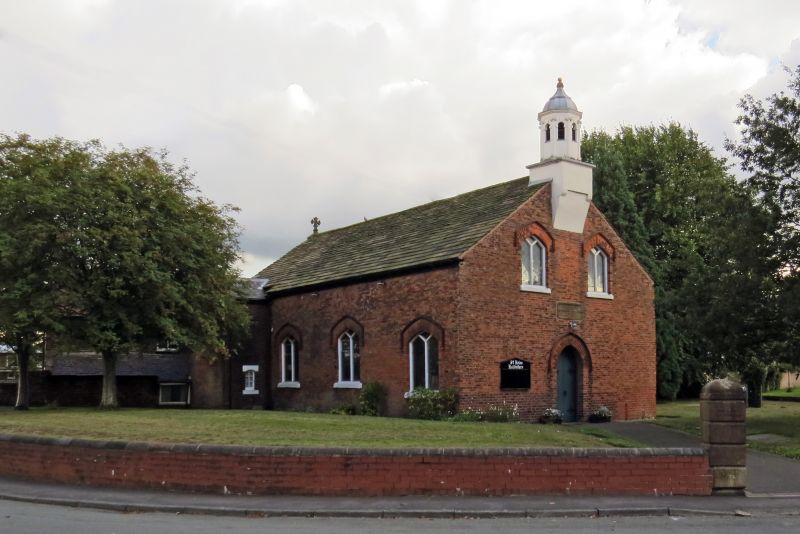 HISTORY: The St Helen's Church site has its origins c.1497 when the Chantry Chapel of Hollinfare was established by Hamlet Massey, Lord of the Manor. It later became a chapel of ease to Warrington Parish Church and became known as St Helen's. Following extensive remodelling in 1710 there was continuous ministry. The interior was remodelled again in 1882, when the gallery was added and the present windows inserted.

SUMMARY OF IMPORTANCE: A small early C18 church remodelled in the late C19 that retains C18 brickwork and roof timbers along with well-designed and constructed C19 additions. Situated on the site of a C15 chantry chapel St Helen's represents over 500 years of worship in Hollinfare, and the evolution and development of an early C18 church through the C19 and C20.