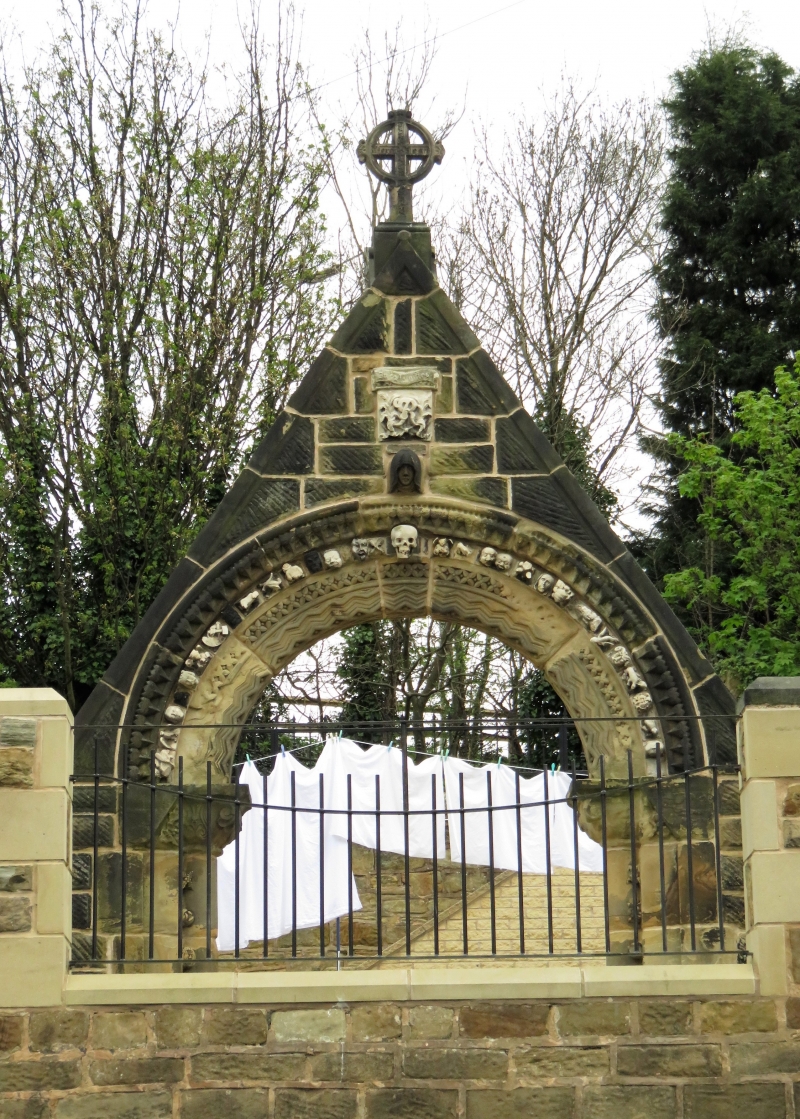 Free-standing Romanesque style semi-circular arch beneath triangular superstructure resting on dressed stone abutments. Engaged piers with worn stone carved capitals supporting arch with several rows of decoration including chevrons, crosses and beak-heads, and most distinctively a row of individual gargoyles supposedly copied from local churches and including a skull at the centre. Above the top row of decoration is a carved knight's head below a decorated square panel. The apex of the arch is surmounted by a Celtic cross. The reverse side of the arch is less intensely decorated, bearing spaced-out carved gargoyles beneath the extrados. Further gargoyles on the outside of the stone abutments on either side of the arch. Stone variously weathered, most dirt-blackened, possibly different types of stone used, though impossible to tell from black-and-white photos supplied at time of original listing. The arch was relocated to the grounds of the Almshouses on Church Street in November 2015; Robert Glassby's maternal grandparents used to live in a cottage on this site (now mostly demolished)

Robert Glassby (1835-1892) was born in Mexborough and was encouraged by a local businessman, Mr John Reed, for whom he executed this arch as his first large piece after an apprenticeship in Doncaster and employment in Sheffield. The arch stood in Reed's garden in Market Street in Mexborough. Glassby went to Paris in 1860 and subsequently to London where he worked under Phillips on the Albert Memorial. He also worked for Marochetti and Sir Edgar Boehm, and undertook on his own account several commissions for Queen Victoria, including a bust of the Grand Duke of Hesse.