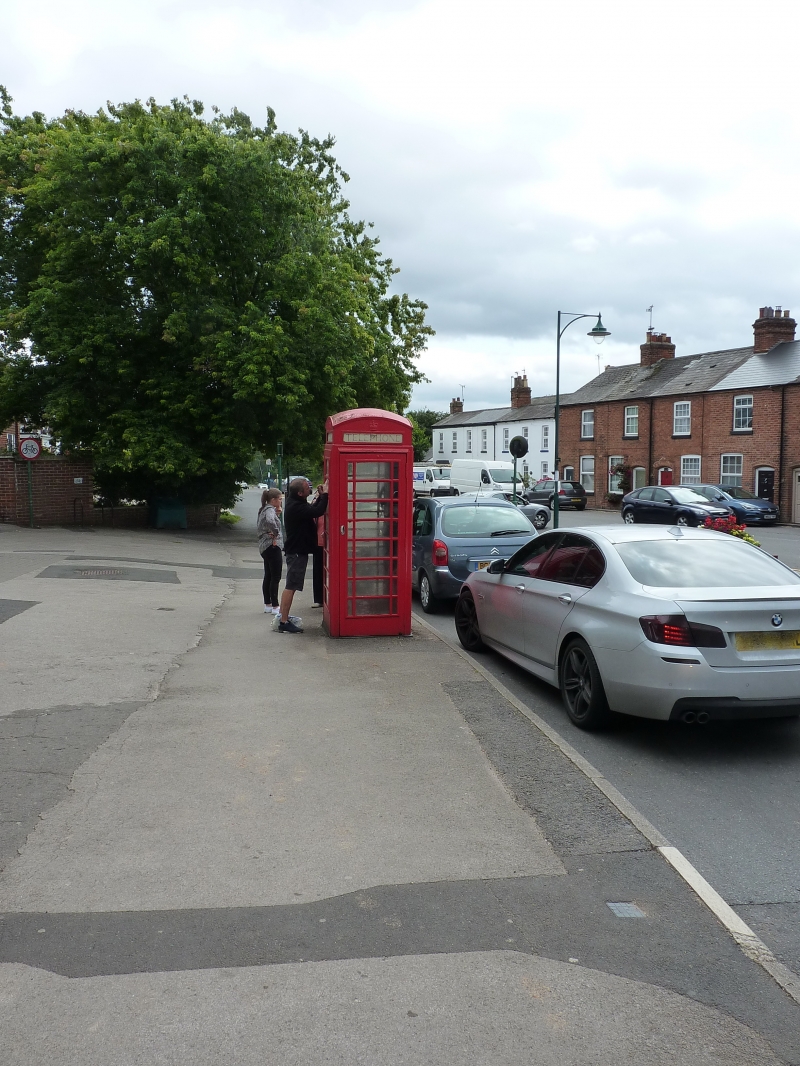 EXTERIOR: The kiosk has three glazed sides, including a door, and a solid rear side. The glazed sides each have eight horizontal strips of glass with narrow margin lights to either side. The Soane inspired domed roof sits atop the four arched sides, each of which has a crown in relief above a glazed panel bearing the word 'TELEPHONE'. It is painted red.

HISTORY: The archetypal K6 telephone kiosk was introduced in 1935 to celebrate the silver jubilee of King George V and is commonly known as the 'Jubilee Kiosk'. It was designed by Sir Giles Gilbert Scott as a development of his earlier K2 kiosk design of 1924. Its design has become iconic and represents the careful adaptation of Neoclassical design, influenced by the work of the Regency architect Sir John Soane, to a mass produced object with a modern technological function.

REASONS FOR DESIGNATION DECISION:
This K6 telephone kiosk is designated at Grade II for the following principal reasons:
* It is an iconic example of industrial design, showing Sir Giles Gilbert Scott's adaptation of Neoclassical forms for a modern technological function
* It is a good example of the type
* It is situated adjacent to the Meriden Green Conservation Area and has visual relationships to the nearby designated Cyclists' War Memorial and village cross which is traditionally said to denote the centre of England