War Memorial in the churchyard of the Church of St Saviour 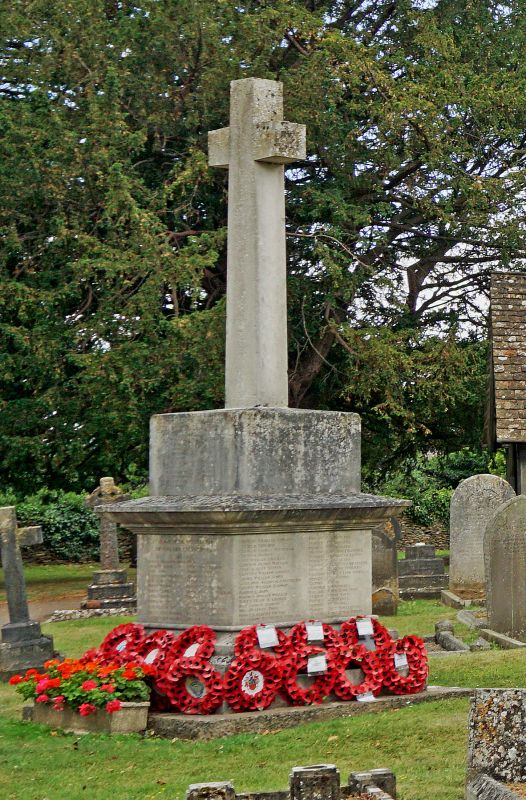 Entry Name: War Memorial in the churchyard of the Church of St Saviour

A World War One war memorial, dating from circa 1920, with additions to the inscriptions to commemorate the fallen of World War Two and later conflicts.

The memorial was proposed in 1920, and as it was to be situated in the churchyard of the Church of St Saviour, the design was considered by the newly-created Gloucester Diocesan Advisory Committee in February of that year. The then honorary Secretary of the DAC, the Reverend Denton Jenner-Fust, minuted the discussion thus: "A churchyard cross by Mr Frith was thought beneath criticism.  The cross and base were unrelated, & the whole thing most unsuitable for a place of Tetbury’s architectural distinction." Though relatively mild by the standards of Reverend Jenner-Fust, the expression "beneath criticism" was, understandably, received very badly in the parish. He eventually resigned over the matter; and the memorial was constructed according to the original design, by Henry Chapman Frith, an architectural sculptor from Gloucester. It was unveiled on 19 July 1921, by Major General Sir Louis Jean Bols, a highly-decorated veteran commander of campaigns across the Empire, and chief administrator of Palestine at the end of World War One. In 1920 Bols was appointed to command the 43rd Wessex division and the south-west area, and in 1921 he became colonel of the Devonshire regiment and of the 12th London regiment (the Rangers); during this period he had a house in Bath, and it is presumably this close proximity which brought him to Tetbury for the unveiling of the memorial. After the end of World War Two, the names of the men of the town who fell in that war were added to the memorial. In 2010, the names of Lance Corporal Gary Manning, RLC (d.1993) and Sergeant Richard Brown (d.2005) were inscribed on the monument; L/Cpl Manning had died when his Hercules crashed near Blair Athol in Scotland, and Sgt Brown had been in a Hercules shot down over Iraq.

The war memorial in the churchyard of the Church of St Saviour in Tetbury is designated at Grade II, for the following principal reasons:
* Historic interest: as an eloquent witness to the tragic impact of world events on this community;
* Architectural interest: for its incorporation of the form of a traditional Cotswold table tomb;
* Group value: with the listed buildings which form its backdrop.