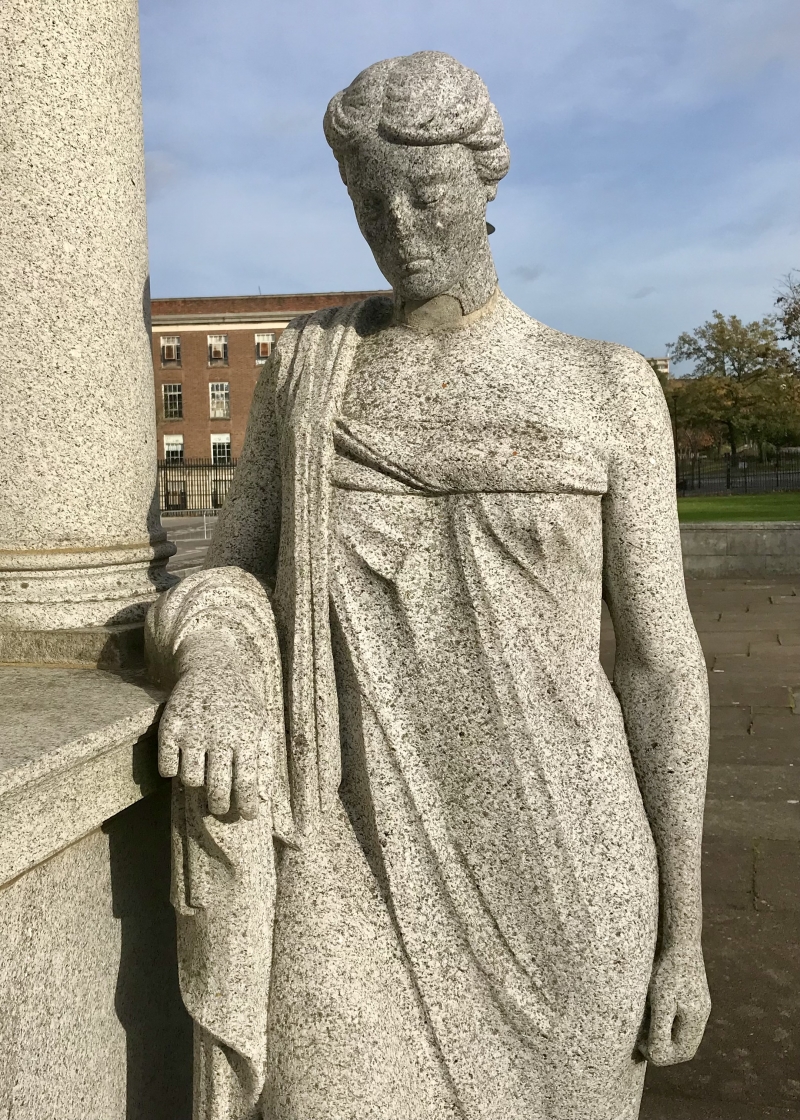 Dating from 1922, this is a free-standing stone memorial to the fallen of the First World War with a later inscriptions commemorating the Second World War and subsequent conflicts.

The memorial is rectangular in plan and consists of a stepped plinth surmounted by a neo-classical canopy of four Ionic columns supporting an entablature with a dentilled cornice. Within is a tablet inscribed ‘OUR / GLORIOUS / DEAD / “LEST WE FORGET” / 1914-1918 / 1939-1945', with a low relief moulded heraldic shield and foliation above. A plaque inscribed ' IN MEMORY OF / THE FALLEN OF WALTHAMSTOW / 1945 TO THE PRESENT DAY' is applied to the base of the tablet. A sculpture of a mourning woman in classical robes stands on the stepped base, leaning on the plinth with her head bowed.

This List entry has been amended to add the source for War Memorials Online. This source was not used in the compilation of this List entry but is added here as a guide for further reading, 17 February 2017.

A memorial commemorating the men of Walthamstow who fell in the First World War was unveiled in July 1922. Following the Second World War an additional commemorative inscription was added.

In 1961 the memorial was moved from its original location at Lloyd Park, c.210m to the west, to its current location in front of Waltham Forest Town Hall.

The Walthamstow War Memorial is listed at Grade II for the following principal reasons:
* Historic interest: as a symbol of the great impact on local communities of the First World War and as a focal point for remembrance for this community;
* Architectural interest: it is a restrained neoclassical design with good-quality detailing and a particularly poignant sculpture of a female figure mourning at the foot of the cenotaph;
* Group value: in its current position at the fore of the civic centre it has strong visual relationships with many listed structures.