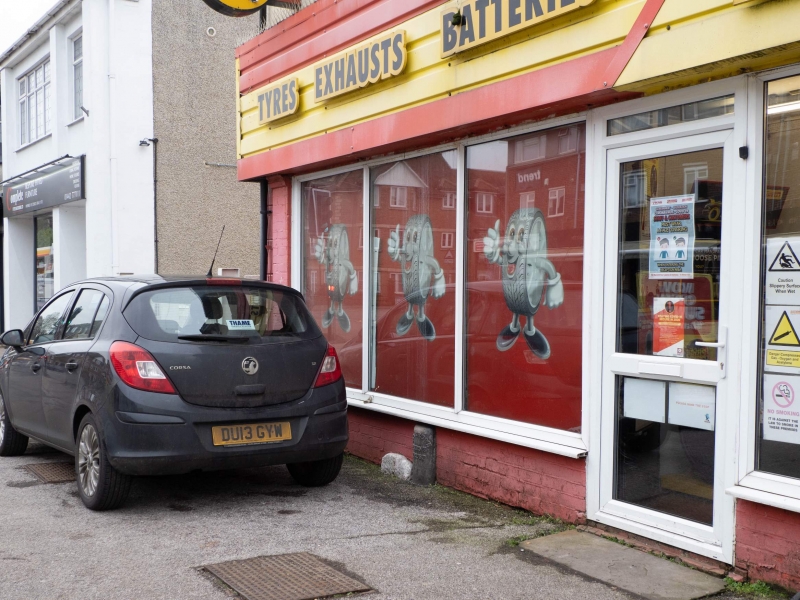 DESCRIPTION: a cast-iron post, with a convex face bearing the relief legend ‘SPARROWS HERNE TRUST’. Approximately 76cm high, it stands close but is not attached, to the wall of 352 High Street, and is immediately adjacent to the stone marking the pre-1972 boundary between the civil parishes of Berkhamsted and Northchurch. The marker was probably placed to mark the route of the turnpike for legal and maintenance purposes.

The Sparrows Herne Turnpike Trust maintained and controlled the road now known as the A4251 (previously the A41) from Aylesbury to Bushey from 1762 to 1873. It was a toll road and the revenue collected paid for its upkeep.

The Sparrows Herne Turnpike Trust, by statute, met annually at the King's Arms, Berkhamsted but more frequent meetings were held especially during the first year or when business dictated. Its first meeting was on 7th July 1762 when 127 trustees were sworn in and two Quakers affirmed. Initially the trustees comprised the local gentry along the road and included the Earl of Essex, Earl of Salisbury, Lord Clarendon, Viscount Grimstone, Duke of Bridgewater and Major General Merrils (The Chronicle, Vol. IV March 2007). Later trustees included, in 1844, John Dickinson of Basildon Bond paper works in Kings Langley.

There are two turnpike markers erected by the Sparrows Herne Trust known to survive, the Berkhamsted marker and one located in Bushey, which is listed at Grade II (NHLE 1250997). Another example, at Tring, is a replica installed in 1991 to replace the original lost that year. The Trust was wound up (at a meeting in the Parish Workhouse, which stood until the 1930s almost opposite the Berkhamsted marker) in 1873, probably as a result of decreasing use due to the coming of the railway.

Some sources state that the turnpike marker may have been moved to its current location during road widening works in the late C20, however there is little evidence to support this. It was restored in 2014 by the Berkhamsted Citizens Association as part of the celebration of 90 years since its foundation.

* Historic interest: as a physical reminder of both the transport infrastructure of the early C19 and the role of the Sparrows Herne Turnpike Trust in maintaining the road;

* Rarity: as one of only two surviving examples of the turnpike markers erected by the Sparrows Herne Turnpike Trust, that at Bushey being listed at Grade II.