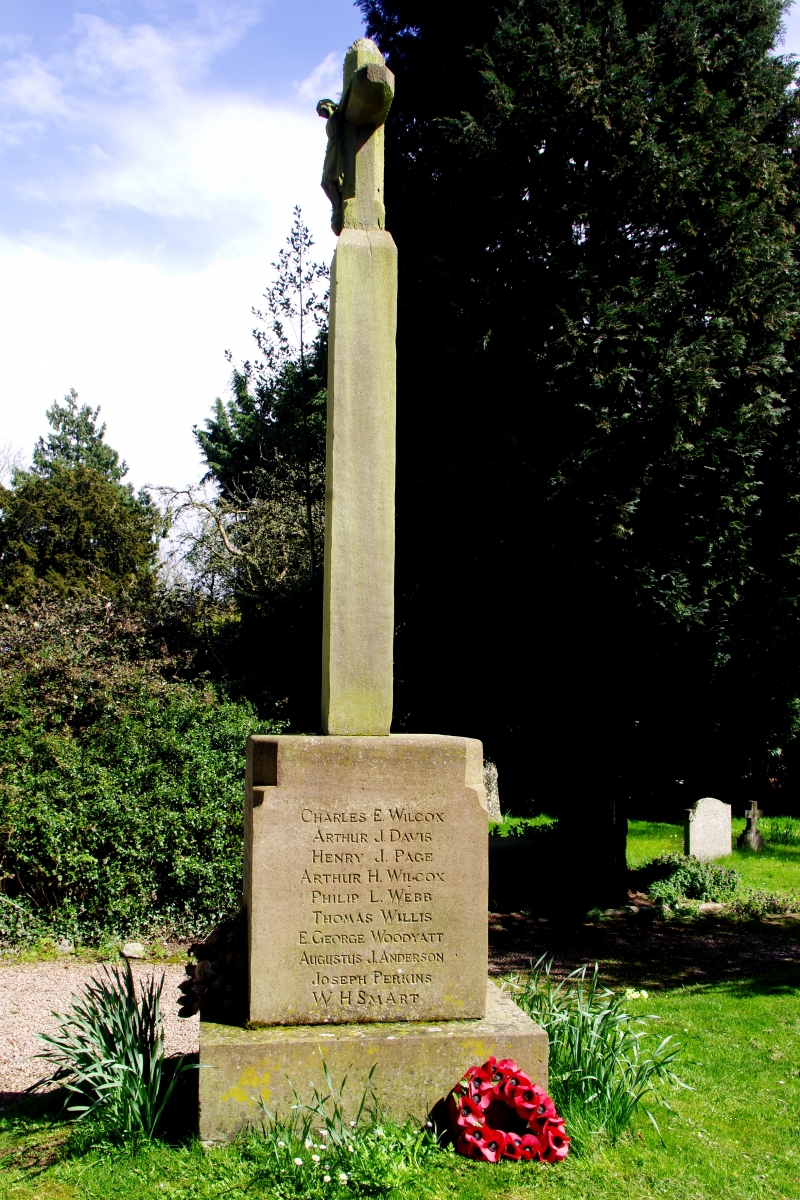 A churchyard cross, unveiled in May 1920.

A churchyard cross, unveiled in May 1920.

MATERIALS AND PLAN: of stone ashlar and square on plan. The monument faces south.

The cross, at the apex, has chamfered edges to all of its arms and the south face bears a sculpture of the crucified Christ. The square shaft is undecorated, apart from chamfers to its upper edge, and rises from a square plinth which bears the inscription to its north side: ‘TO THE / PRAISE OF GOD / AND IN MEMORY OF / THOSE OF THIS PARISH / WHO DIED FOR THEIR / KING AND COUNTRY / IN / THE GREAT WAR / 1914-1918 / THEIR NAME LIVETH FOR EVERMORE’ Names of the fallen are inscribed on the east and west flanks of the plinth and the south side is blank. The plinth rests on a deep step which forms a platform. This is inscribed to its south face ‘1939-1945’ with the names from the Second World War.

The aftermath of the First World War saw the biggest single wave of public commemoration ever with tens of thousands of memorials erected across England. One such memorial was Martley War Memorial, which commemorates the fallen from both world wars. The cost was £113 (see SOURCES, Martley Local Community Online). It was unveiled in a ceremony on 5 June 1920 taken by the Rector of Martley, JF Hastings, and Canon EA Burroughs of Peterborough.

Martley War Memorial, is listed at Grade II for the following principal reasons:
* Historic interest: as an eloquent witness to the tragic impacts of world events on this community, and the sacrifices it made in the conflicts of the C20;
* Architectural interest: as an accomplished and well-realised war memorial which takes the simple form of a cross and inscribed plinth;
* Group value: with the church of St Peter (Grade I)