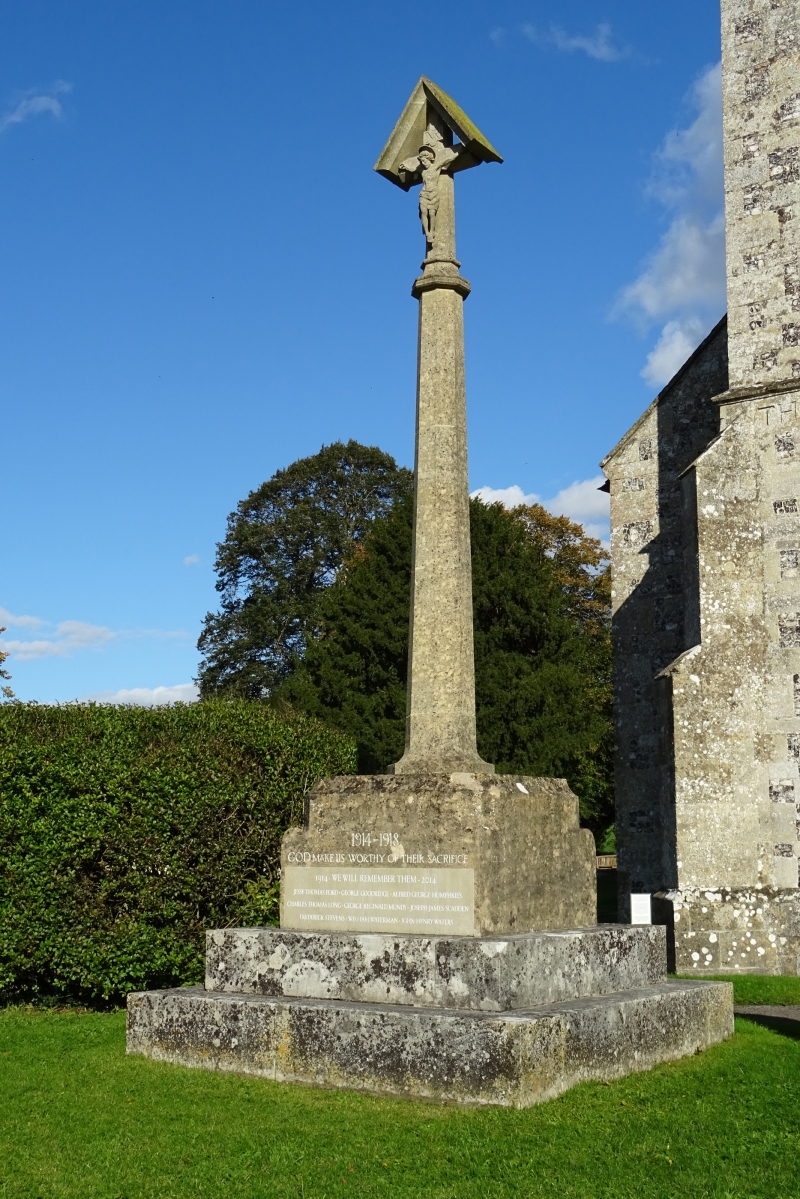 DESCRIPTION: the approximately 5m high war memorial stands by the roadside to the immediate west of the Grade I-listed Church of St Lawrence. It comprises an octagonal tapering shaft with a carved collar and a gabled crucifix with dedication INRI. It is set on a square plinth and a two-stepped base. The western face of the plinth carries the inscription in incised white painted letters 1914 – 1918/ GOD MAKE US WORTHY OF THEIR SACRIFICE.

One such memorial was raised at Stratford-sub-Castle shortly after the end of the First World War as a permanent testament to the sacrifice made by the nine members of the local community who lost their lives during the war.

It was re-dedicated in August 2014 when the names of the fallen from the village were engraved on stone and set into the base of the memorial.

Stratford-sub-Castle War Memorial is listed at Grade II for the following principal reasons:
* Historic interest: as an eloquent witness to the tragic impact of world events on this local community, and the sacrifices it has made in the conflicts of the First World War;
* Architectural interest: a well-executed limestone Calvary cross;
* Group value: with the adjacent Grade I-listed Church of St Lawrence.