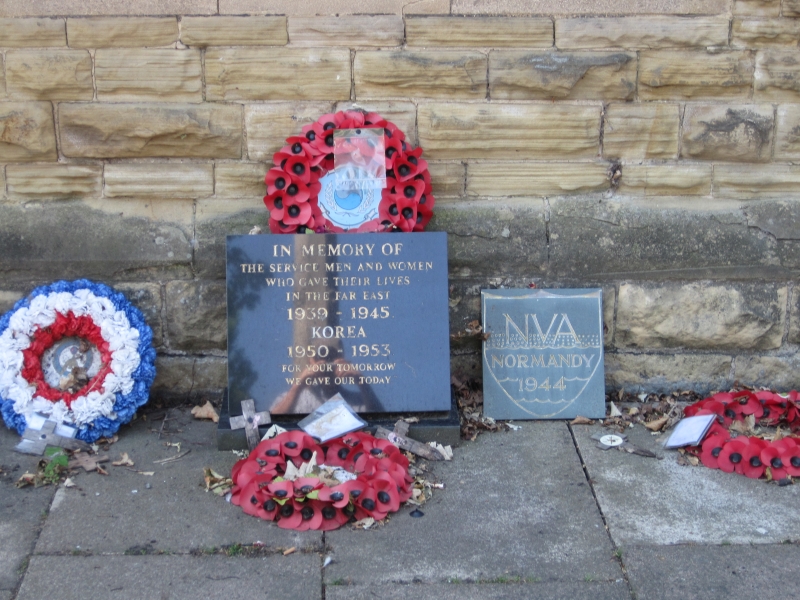 War memorial, designed by Wilfrid Bond of Grantham, unveiled in 1920, dedicated to the fallen of the First World War.

War memorial, designed by Wilfrid Bond of Grantham, unveiled in 1920, dedicated to the fallen of the First World War.

The limestone war memorial takes the form of an octagonal pillar on an octagonal base, and three-stepped octagonal platform, surmounted by a carved stone crucifix. The memorial is approximately 6m in height and 1.8m in width.

The accompanying plaque on the nearby east elevation of the Church of St Peter is inscribed and painted with gold lettering, and reads: ‘THE CHURCHYARD CROSS WAS ERECTED AND A PEAL OF BELLS / PUT IN THE CHURCHTOWER TO COMMEMORATE THE BRAVE / MEN WHO DIED FOR US IN THE GREAT WAR A.D. 1914 – 1918 / AND WHOSE SACRIFICE SHOULD NEVER BE FORGOTTEN / [99 NAMES] / GRANT THEM LORD ETERNAL REST’.

The memorial stands within a segmental forecourt approximately 6m east of the Church of St Peter (1864 by James Fowler, listed at Grade II), and to the west side of St Peter’s Avenue.

The aftermath of the First World War saw the biggest single wave of public commemoration ever with tens of thousands of memorials erected across England. This was the result of both the huge impact on communities of the loss of three quarters of a million British lives, and also the official policy of not repatriating the dead: therefore the memorials provided the main focus of the grief felt at this great loss. One such memorial was raised in Cleethorpes as a permanent testament to the sacrifice made by the members of the local community who lost their lives in the First World War.
The war memorial was designed by architect Wilfrid Bond of Grantham, and unveiled in a ceremony on 11 March 1920, commemorating 99 local men of Cleethorpes who fell during the First World War. The monument takes the form of an octagonal stone pillar and stands within a segmental forecourt east of the Church of St Peter (built 1864 by James Fowler, listed at Grade II). Tubular memorial bells were installed within the church, and a slate plaque inscribed with the names of the fallen was installed on the east elevation of the church at the same time (replaced in 1989 due to weathering). The bells were installed at a cost of £250, the cross £300, and slate tablet £100.

Cleethorpes War Memorial is listed at Grade II for the following principal reasons:

* as a modest but well-executed memorial, designed by architect Wilfrid Bond of Grantham.

* with the Church of St Peter (Grade II).