A Category B Listed Building in Caol and Mallaig, Highland 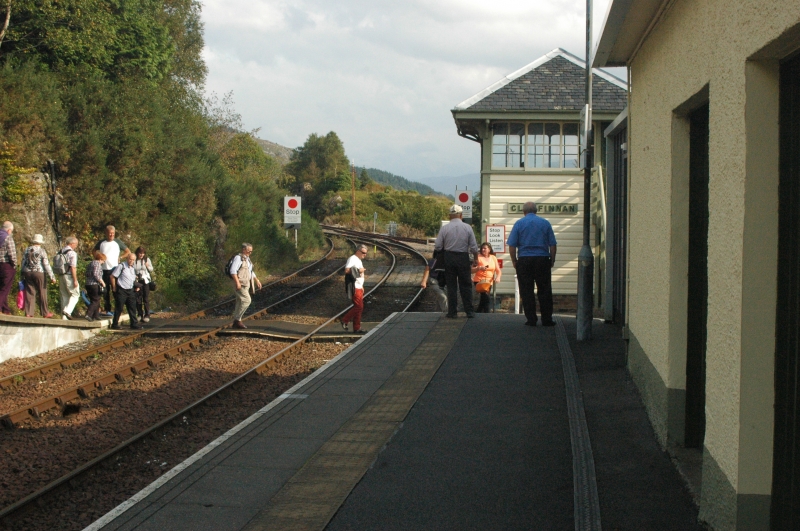 Glenfinnan Staion is a particularly fine and well-detailed example of a Ticket Office/Waiting Room and Signal Box group, sensitively restored for use as a railway museum. The projecting roof, verandah and deep eaves of the former waiting room follows the 'swiss-chalet' style of the slightly earlier 1890s stations by James Miller on the line between Glasgow and Fort William. Glenfinnan was opened in April 1901 as part of North British Railway's (NBR) extension to the West Highland line between Fort William and Mallaig. Glenfinnan Station Museum was established in 1991 and tells the story of the West Highland Railway and its development.

The ticket office and signal box at Arisaig (see separate listing) are built to largely the same specifications and together, these stations add considerably to the architectural and historic interest of one of Scotland's most exceptional railway lines.

Signal boxes are a distinctive and increasingly rare building type that make a significant contribution to Scotland's diverse industrial heritage. Of more than 2000 signal boxes built across Scotland by 1948, around 150 currently survive (2013) with all pre-1948 mechanical boxes still in operation on the public network due to become obsolete by 2021. The signal box at Glenfinnan was originally built by the Railway Signal Company (RSCo) for NBR's West Highland line extension. The RSCo were the longest-lived firm of mechanical signalling contractors in the UK. Their West Highland design is based on the standard RSCo box but without the lower windows and with ornate timber brackets and deeper eaves to help protect from the rain in this part of Scotland. It was restored in 2010 as part of the Glenfinnan Station Museum and while no longer used, its levers and locking frame remain in situ. Its group value with the principal station building, as well as its broader contribution to the interest of the west highland line, add to its special interest.