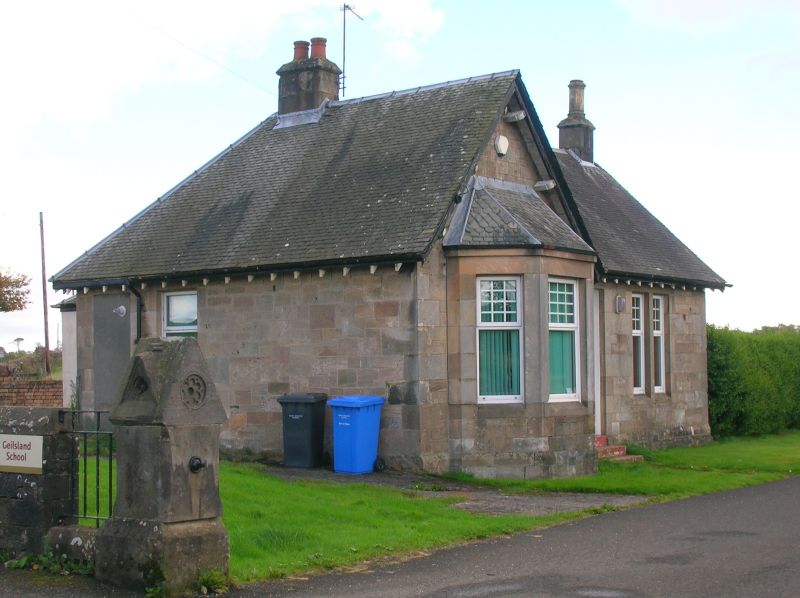 Geilsland was built for William Fulton Love. In Cuninghame Topographized, Dobie writes about the divided lands of Geilsland: 'In 1867, two of these divisions were acquired by William Fulton Love, writer and bank agent in Beith, who has built a handsome villa, and enclosed and planted with much taste, 5 acres around it.' William Fulton 'married Jessie, eldest daughter of the late William Love of Hamilfield, writer and bank agent in Beith, by Mary, third daughter of Hugh Kerr of Gatend, and has issue, John and Robert, and five daughters'. Geilsland Road was originally 'Gillsland Road' and Dobie states that in Pont's map, the area was marked 'Neelsland'.

The house is possibly by Robert Samson Ingram (1841-1915) of J & R S Ingram, Kilmarnock. Among many works in and around Kilmarnock, a pair of late 19th century Gothic semi-villas at 28 and 30 Portland Road, Kilmarnock (listed) believed to be by him have architectural details comparable with Geilsland, in particular the entrance porch with its columned supports.

The Church of Scotland established a Special School at Geilsand in 1964. Geilsland operates as such today (2003). To commemorate the millennium and the work of the school, the stained glass windows in the hall were commissioned from Gail Muir and depict the activities taught at the school. In 2002, work was undertaken to remove some of the 1960s additions to the building.