A Category A Listed Building in Dumbarton, West Dunbartonshire 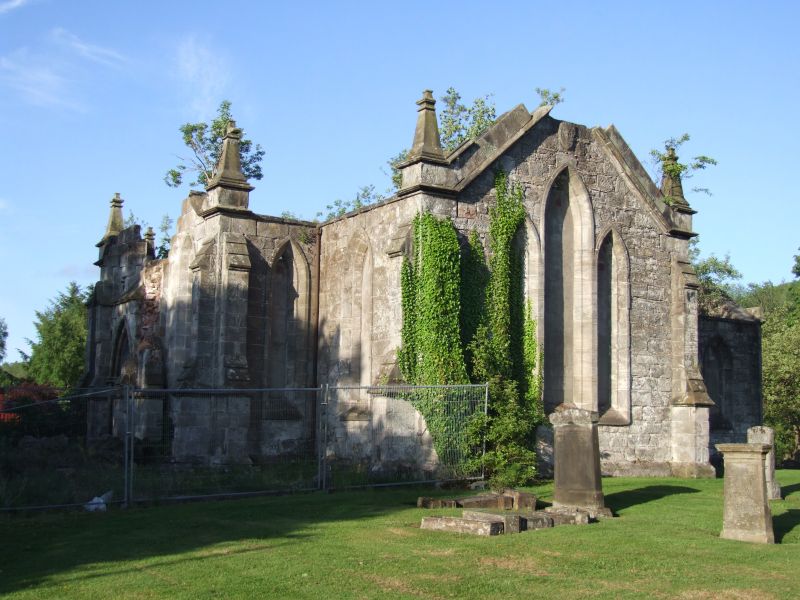 The building is no longer in ecclesiastical use. It was built as the Free Church. It is now in a poor state of repair with the interior gutted, dampness and stone damage. Rochead designed the St John's Free Church, 205 George Street, Glasgow 1845 which boasts a similar spire of tiered pinnacles and its seems probable that he designed this sibling Free Church at the same time. Millburn Church had previously been attributed tentatively to George Meikle Kemp, an architect familiar with such Gothic work (see the Scott Monument) who had been working reputedly at Millburn Tower. However, this attribution now seems unlikely in view of the Rochead parallel.