A Category B Listed Building in Borgue, Dumfries and Galloway 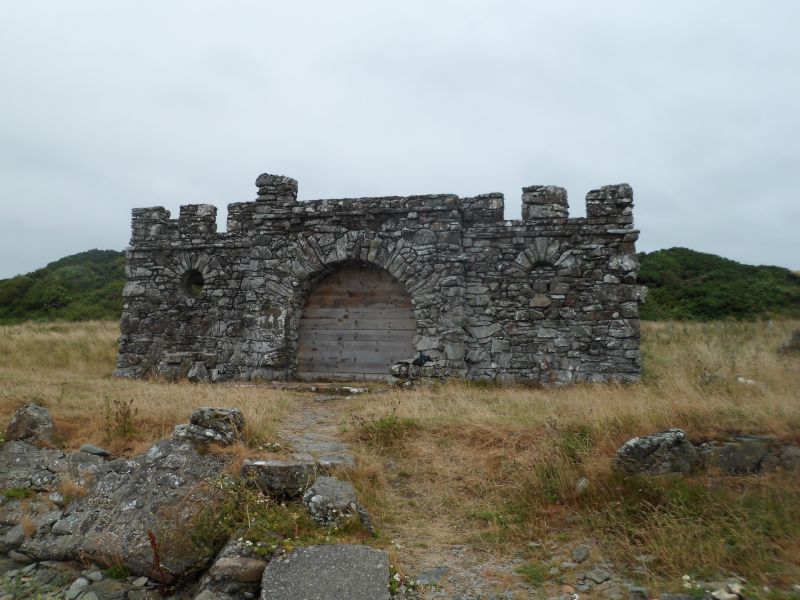 James Brown was a wealthy Manchester merchant, chairman of the retail and wholesale drapery firm of Affleck and Brown. He retired to Knockbrex and began an extensive building programme on the house and estate from 1895 until his death in 1920. Apart from Knockbrex House itself which is comparatively sober in design, the other estate buildings are characterised by a stylistic individuality bordering on the idiosyncratic, and always a careful attention to detail using the highest quality materials. For other estate buildings see separate listings for Corseyard, Kirkandrews Chapel, Kirkandrews Cottages, Chapelton Row, Knockbrex.

The small castellated building on axis with the door of the bathing house is similar to some larger timber stores located near Knockbrex House (see separate listing) and some evidence remains of an iron grille which may indicate it was used as a small store. It may also have been in use as a cover for a spring although little evidence of this now remains. Whilst in use for either of these functions it possibly also formed the base for a flagpole. It is a good example of the imaginative patronage of the estate by James Brown during the early twentieth century, with architectural ideas applied to items of otherwise functional design and use. It is an interesting integral component of the estate's ancillary structures and was clearly designed with the function as a secondary concern to its role in creating a vista from the bathing house.