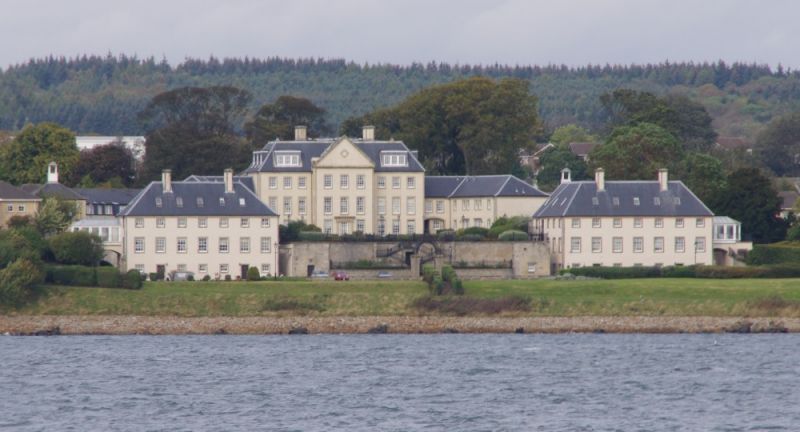 James Stewart of Doune (Perthshire) was made Commendutor of

one of the Abbey properties. His son was created Lord Doune

1580. His grandson the Master of Doune. married the Countess

of Moray and assumed title of Earl of Moray; he was

murdered at Donibristle January 1592 and his house was

Graham's drawing for Jacobean embellishments are at