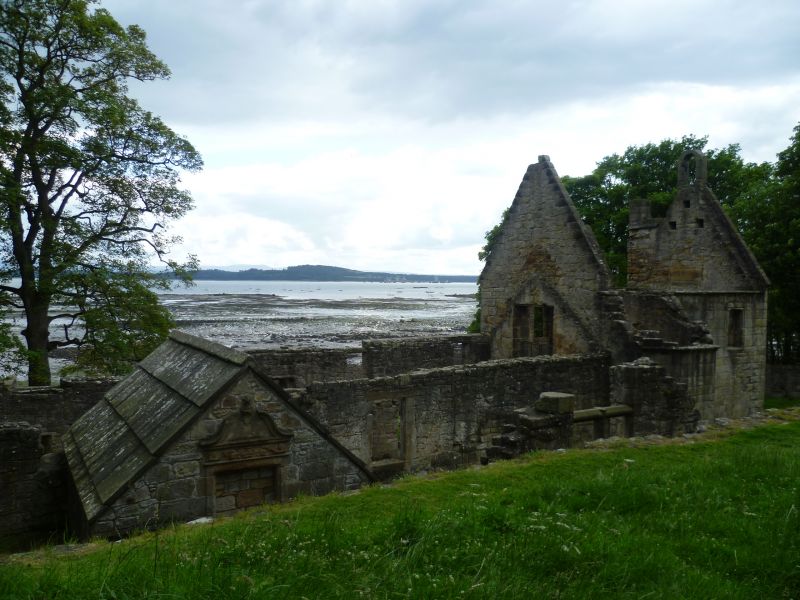 Abernethy family in 1593. It eventually passed to Earl of

Moray who joined it to his Donibristle and St. Colme

estates. There is no trace now of Dalgety House.