A Category B Listed Building in Duns, Scottish Borders 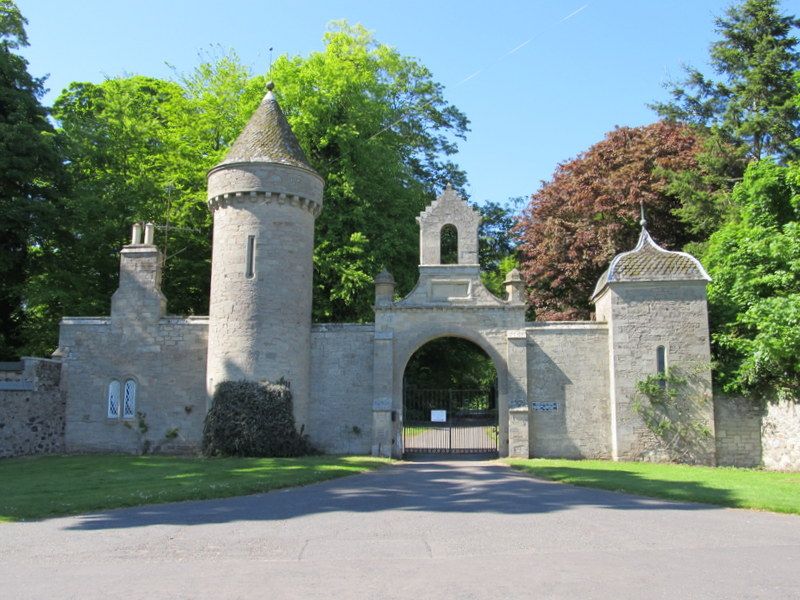 BOUNDARY WALLS: rubble with rounded coping. Small turrets to either side of gateway, near road.

The lodge is an apparently random composition of elements and may well have been designed by an amateur. There is a drawing surviving (a photograph of which can be seen at the NMRS) not for this particular design but similar, by an amateur. However, despite the possibly unsatisfactory massing of volumes, the lodge is of great importance to the locality as it is set back from the main road from the west into Duns and is one of the most prominent and memorable architectural statements visible to the public within the area.