A Category B Listed Building in Aberfoyle, Stirling 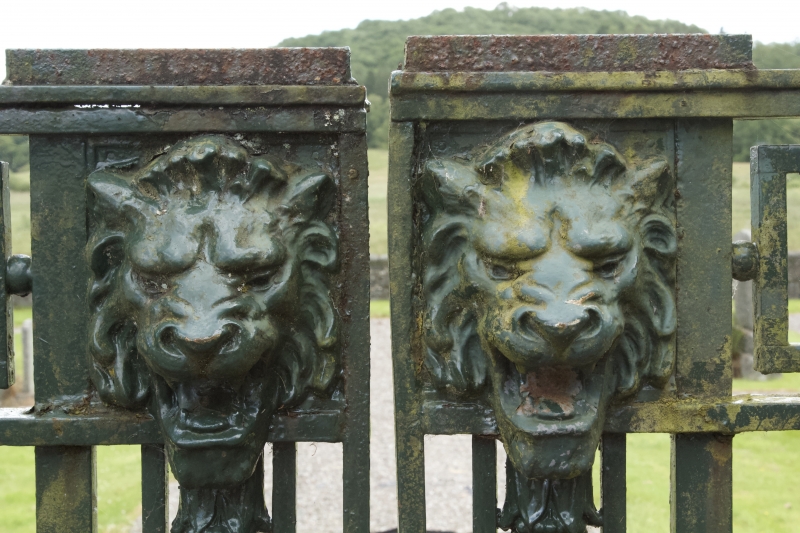 Aberfoyle Old Parish Church was built in 1744, and ceased to be used when the New Parish Church (see separate listing) was built in 1870; shortly after this the Old Church had its roof removed to discourage parishioners who still wished to use it. The ruined church is a simple rectangular-plan single storey random rubble structure, with a small roofed session house, built circa 1839, attached to the E end. The Old Parish Church and Burial Ground the oldest standing building in the parish which retains its simple architectural quality and character, and which has an associated burial ground with several good grave stones, including that of Rev Robert Kirk (see Notes).

The church, orientated E-W, stands in the centre of the original burial ground which has been extended to the N twice in the 20th century. The N elevation is blind, while the S elevation has 4 regular bays with tall window openings. The current entrance to the church is in the W wall, and is likely to have been formed in 1839 when the session house was added to the E, causing the original E entrance to be blocked up. The 1st edition OS map and marks on the stonework show that there was once a small porch of some kind attached to the W entrance. The near-square plan session house has a slated pitched roof and harled rubble walls. The W wallhead has a rebuilt stone belfry; the bell which used to hang from this is now located at the New Parish Church.

There are several 19th century gravestones and wall memorials within the church, and 2 cast iron mort safes flank the W door. In the oldest part of the burial ground are several well-detailed gravestones, lying slabs and tomb tables of the 17th, 18th and 19th centuries; including some inset with slate commemorating slate quarry workers. This part of the burial ground is bounded by a rubble wall with rounded copes; in the W wall are coped square-plan ashlar gateposts and metal gates. The N boundary wall has been considerably lowered to allow access to the 2nd phase burial ground to the E, which was added in the earlier 20th century. This part of the burial ground has 19th and 20th century stones and is bounded by rubble walls with flat copes. To the N of the W boundary, curved wing walls flank classical concrete gatepiers with ball finials and cast iron gates with lion's mask decoration, with matching railings.

Rev Robert Kirk, (1641-92), was Aberfoyle's most famous minister, who wrote a treatise called 'The Secret Commonwealth' about the world of Fairies. Legend has it that one day while walking on Doon Hill, he disappeared after his spirit was captured by the fairies and imprisoned in a tree.