A Category B Listed Building in Forres, Moray 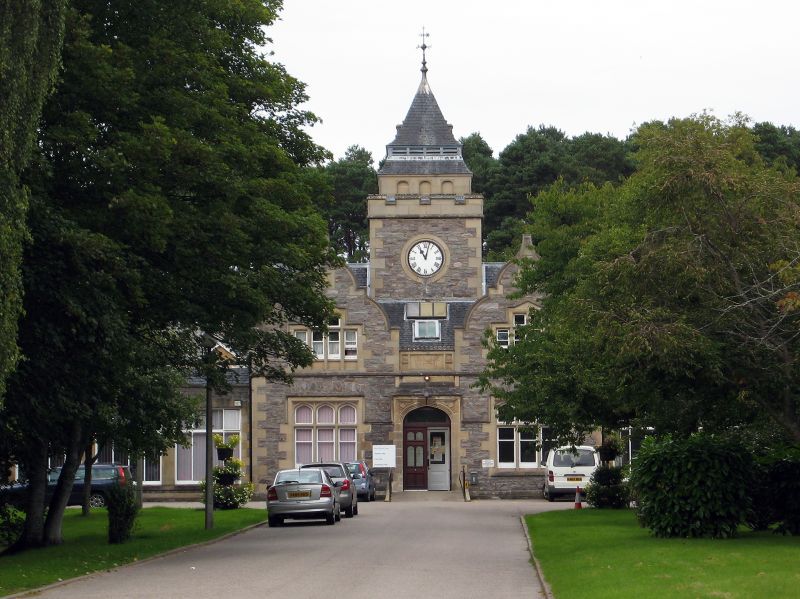 Hospital block, centrepiece of a complex comprising three main blocks (two of which are unlisted), each of differing dates; also lodge (listed separately). Designs for original block (now known as East and West Wings) were submitted July 1889 by J Rhind of Inverness; the plans were then sent to H Saxon Snell, a London architect with a reputation for hospital designs, for his comment. Rhind died in August, but Mr Rhinds plans were highly approved of by Mr Snell who offered to complete on the same terms the work so well begun.

1939 Maternity Wing and Nurses Home both excluded from listing.