A Category A Listed Building in West Kilbride, North Ayrshire 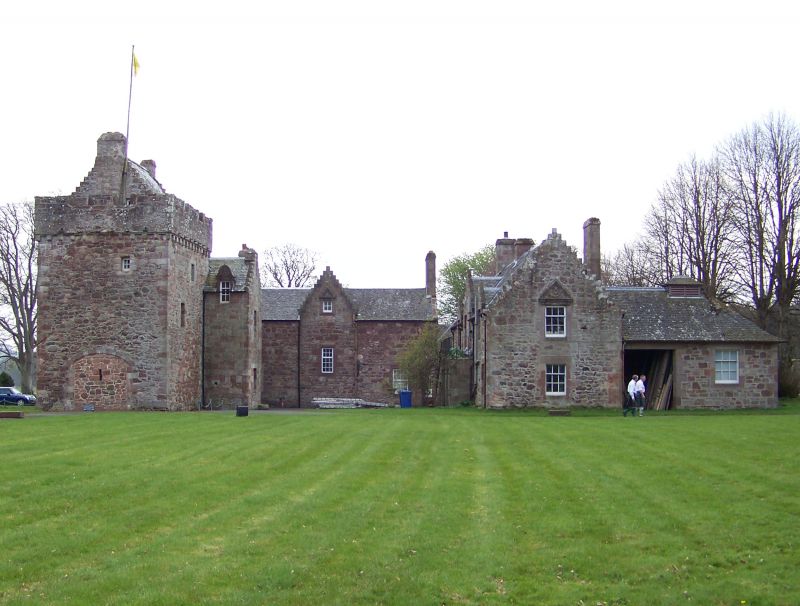 A 15th century or early 16th century Keep with a 17th
century house attached to it. Originally a morass stretched
round the castle with a protecting moat and rampart; Keep is
of small dimensions and contained four stories of which the
undermost is vaulted; main entrance on 1st floor from which
a wheel-stair in the thickness of the wall led to the top
where the parapet walk is protected by a battlement projected
on small corbels round three sides only. The 17th century
house addition has a staircase turret projecting in the middle
of the south side. The building is in good preservation
and was the home of the Hunter family until the Georgian
mansion was built. There were ranges of offices attached to
the castle which no longer exist, the site being now occupied
by a modern homestead, but the small courtyard on the south
side seems, however, to be old. What remains is a picturesque
range, with courtyards to north and south.