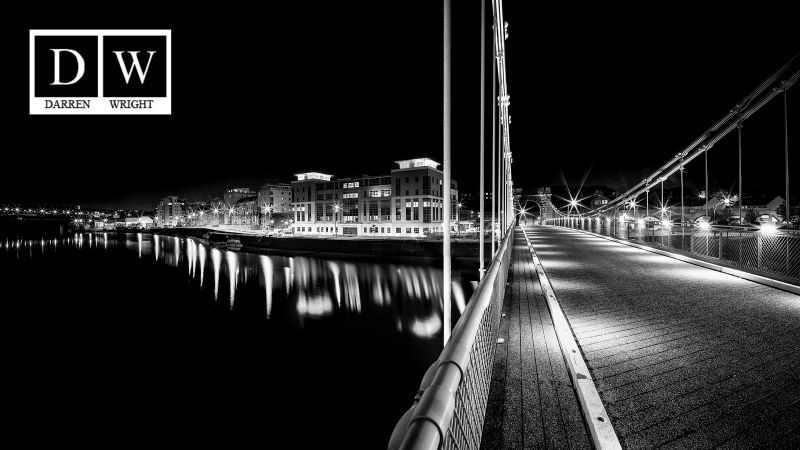 The Wellington Suspension Bridge is an important example of an early suspension bridge and the sole survivor of four of its kind that crossed the River Dee in the early 19th century. It is a prominently located landmark structure in Aberdeen, making a significant contribution to its setting, connecting Ferryhill with Craiglug, consequently linking Aberdeen to Kincardineshire. Built at a cost of 10,000 pounds, the 220 ft span is suspended from pairs of bar-link chains set one above the other on each side of the 22 ft wide deck. The North arch was added in 1886 and the bridge was partially reconstructed in 1930 when the wrought-iron suspenders and cast-iron bearers were replaced with steel. The bridge was closed to vehicular traffic in 1984 and more recently re-opened to pedestrians and cyclists following ongoing strengthening and preservation work (2009).