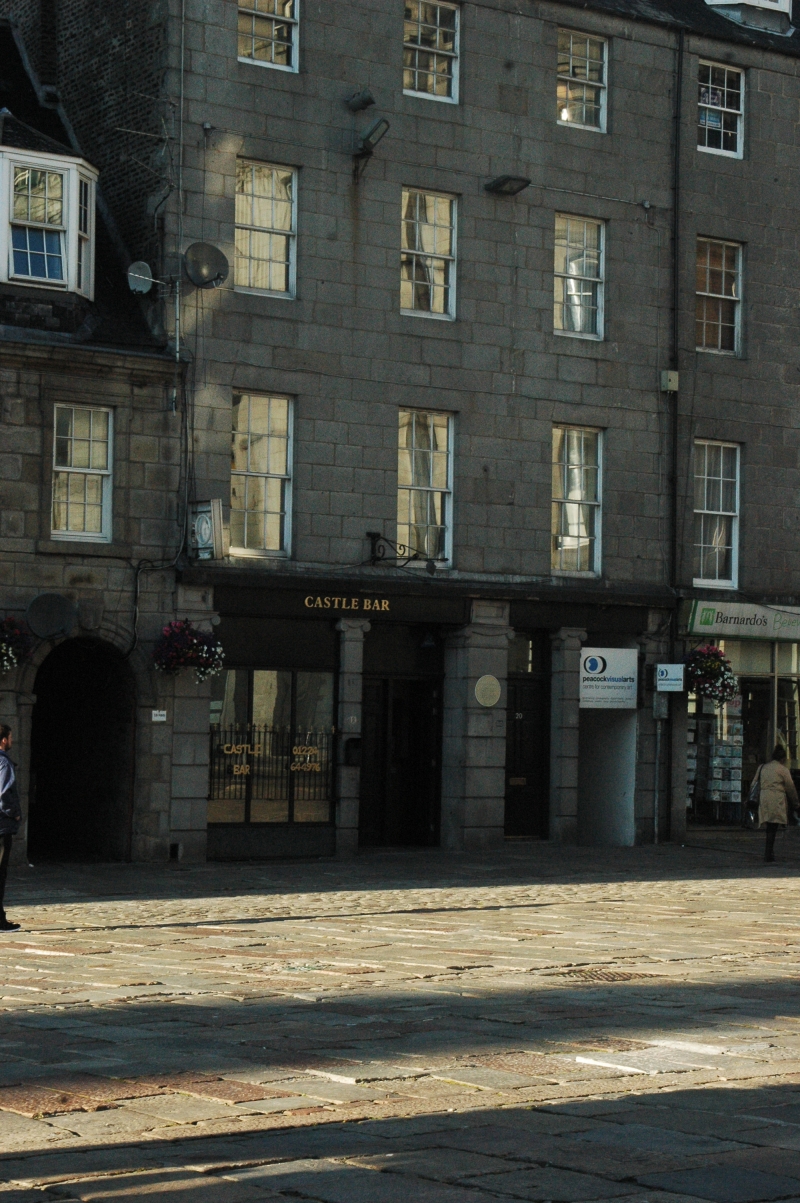 This is a rare survivor of a late 18th century building in the Castlegate. Although 17th and 18th century buildings previously dominated the Castlegate area, these were mostly replaced in the 19th century. This building is similar to other later 18th century houses on Marischal Street (see separate listings). Its regularly spaced windows is indicative of the beginning of the Classical style in Aberdeen. The steep pitch of the roof and the use of the softer, beige-coloured Loanhead granite distinguish this building from the later and taller buildings surrounding it which are constructed from harder grey granite. Loanhead granite was the building material used before new technology facilitated cutting harder types of granite.

The pend to the right of this building originally led to Albion Court, a terrace of 2-storey, 19th century houses, built on 17th century foundations. These were demolished in 1985.

Castle Street (or Castlegate) is considered by many to be the heart of Aberdeen city centre. It has been the site of the main market place since the 12th century. It contains a 17th century Mercat Cross (a Scheduled Ancient Monument). The central rectangular area has, through the centuries, been bounded by a succession of different buildings, predominantly private houses and commercial premises. The Tolbooth was built here in the 17th century. The earlier buildings were replaced from the 19th century onwards using the existing footprint, and therefore the important large central space which continues to form a focal point for the city was retained.