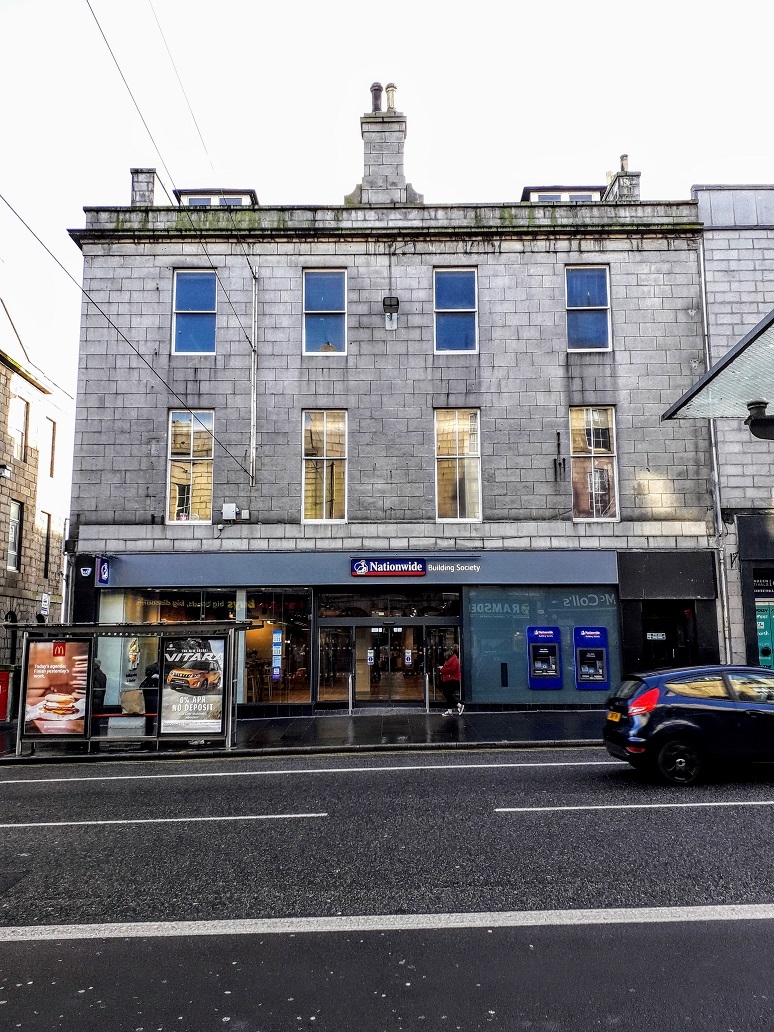 Variety of glazing including, plate glass and 12 and 4-pane timber sash and case windows to upper storeys, plate glass to shops. Some blind openings to E.

With its distinguishing central wallhead stack, this building is an early example of a Classical tenement and forms an essential component of the planned streetscape of Union Street. The simple Classical style is typical of granite buildings of this period before sophisticated cutting techniques were developed. Planned as the major thoroughfare in an increasingly wealthy and confident city, Union Street was a bold and confident project which required major engineering to complete. The buildings which aligned the street had to reflect this sense of grandeur and confidence as the visual appearance of the street was of the utmost importance. Built in a similar style to the work of Archibald Simpson, current knowledge (2006) cannot definitively attribute this building to him.

Union Street was developed after 1794, when a town council meeting asked the engineer Charles Abercrombie to find a way to connect the original steep, haphazard network of Medieval streets of Aberdeen to the surrounding countryside. His plan was for two streets, one of which would run from Castlegate to the Denburn and the other which would run from the Castlegate to the North of the town. The former became Union Street. This was a particularly difficult project to complete as the street had to cut through St Katherine's Hill at the East end and be built on a series of arches culminating with a large bridge at the Denburn. The street was to be lined with classical buildings, but the initial idea of having a long, uniform classical design that each new house would have to conform to was abandoned, as it was realised that different purchasers would require some control over the design Some variety was therefore conceded.