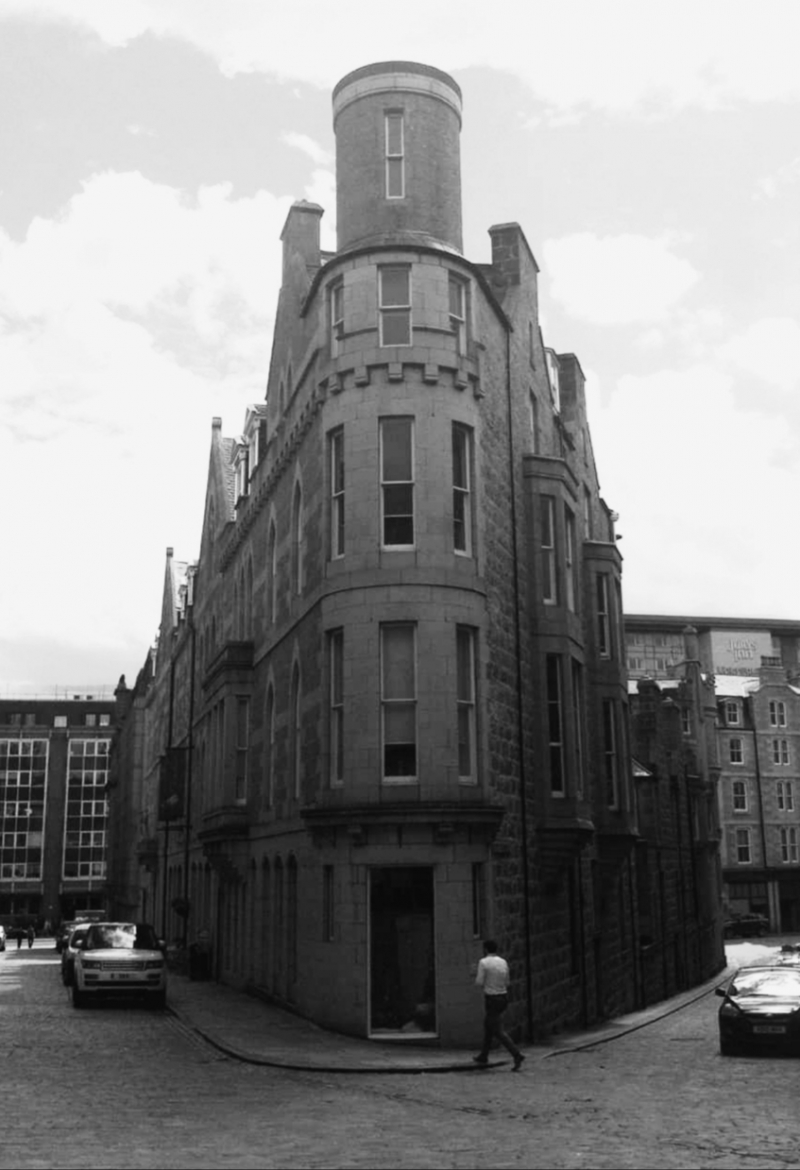 As one of the few secular buildings in Aberdeen to be built in the Gothic style, this is a particularly unusual and distinctive building. Situated on a distinctive triangular site, there is fine external decoration. The Gothic revival style became popular in the mid 19th century, partly as a result of thinkers such as John Ruskin, who advocated the superiority of the Medieval period and its architecture. Initially used for religious buildings, the style had, by the later 19th century expanded into domestic buildings, as here. Often portrayed as a reaction against the severity of classicism, the Gothic style makes this building a rarity in the classical cityscape of Aberdeen.

The painted glass in the interior is of some quality and the images depict various heraldic symbols including the pre 1603 Royal Scottish Coat of Arms, the Royal Shield and decorative thistles and roses.

The Carmelite Hotel takes its name from the Cormelite Order, which was associated with this area in the 13th century. Their house seems to have been bounded on the North by The Green and the site of this hotel may have been situated within the House confines. As the Carmelites preferred to position their friaries away from the main city, this suggests that this area would have been outside the medieval precincts of Aberdeen.

James Souttar (1840-1922) was born in London and articled to Mackenzie and Mathews in Aberdeen from 1852-1860. He then travelled extensively throughout Europe, living for some time in Sweden. He settled in Aberdeen from 1866 and his output include various work within the City, including the Salvation Army Citadel (see separate listing).

William Henderson (1828/9-1899) was an Aberdeen architect whose output was mainly confined to the Aberdeenshire area and included bank buildings, public works and private houses.