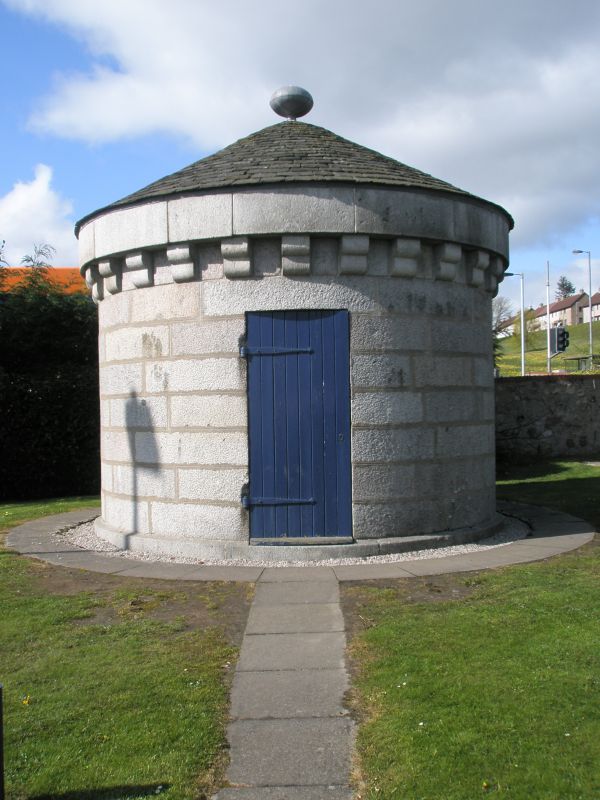 The fountain house at Garthdee is a good, well-detailed example of its building type. It formed part of the City's second water scheme, overseen by the City's Chief Architect at the time, John Smith. The scheme played a significant role in the expansion of Aberdeen westward between 1830 and 1866. Two 50hp steam engines pumped water at a rate of 1000 gallons a minute to the cistern at what is now 478-484 Union Street (see separate listing).

The system helped to ameliorate outbreaks of cholera in the 1830s and 1840s. It was superseded in 1862-6 by the gravitational system extracting from the Dee at Cairnton. The fountain house subsequently served Richard and Company, Bleachfield.

The fountain house was formerly situated 200 yards to the SE with a 200-yard tunnel filtering water from the River Dee. It was restored and relocated to its present position in the 1990s.